Fleetwood Town will be making the short trip to Accrington Stanley on Saturday afternoon in Sky Bet League One, looking to make it two league wins on the bounce after their win against Plymouth. 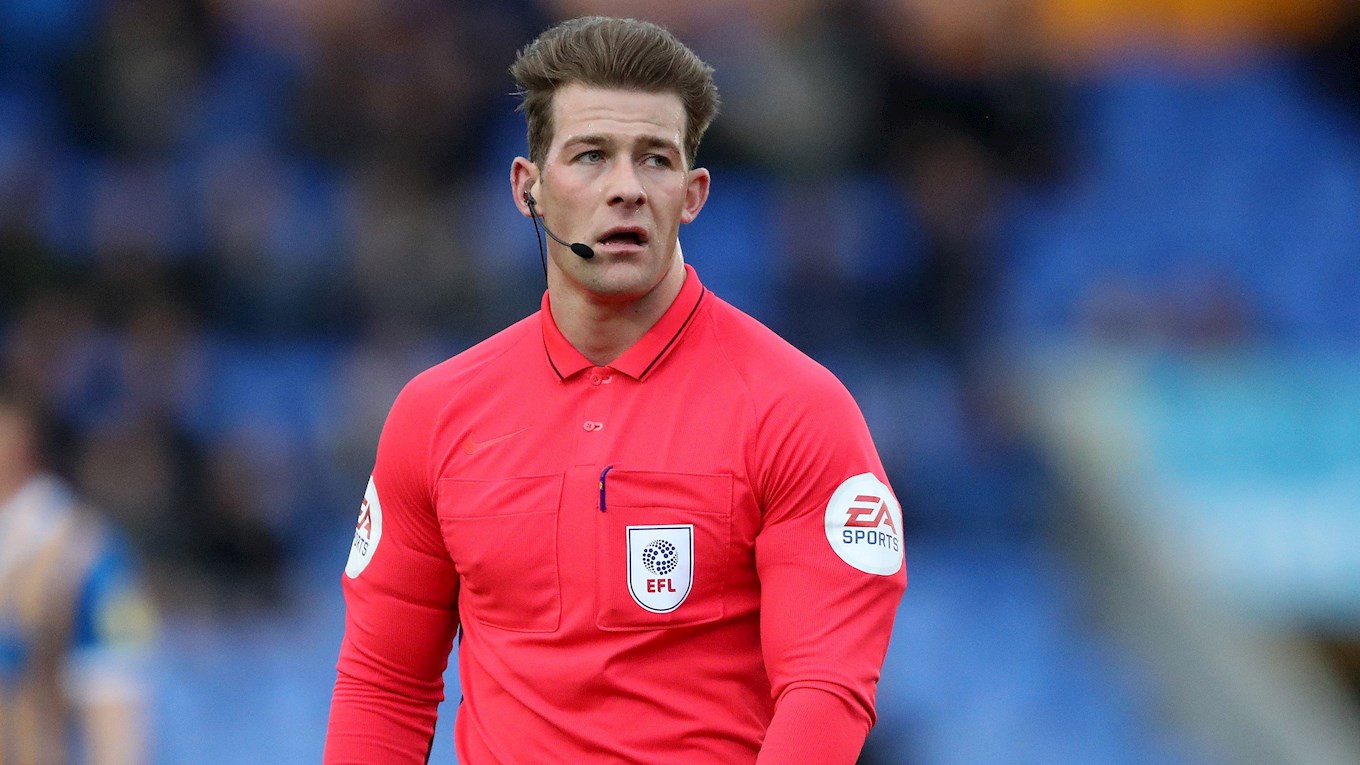 Accrington have only won two of their last season ten Sky Bet League One matches, with that being a 3-1 victory on the road to Wycombe Wanderers, and a 4-2 win over Oxford United on home soil.

John Coleman’s side shipped 5 in their last match against Burton Albion, and now sit two points above the relegation places, and with recent results, they are now looking over their shoulder at the sides below them.

On the flip side, there are only five points that separate 12th place to 21st in the league table – it really will be an interesting end to the season for teams at the bottom, and at the top of the League One table.

The Cod Army haven’t had a match for two weeks due to the international break. This has seen on loan defender Harry Souttar represent Australia U23s in their bid to reach the 2020 Olympics in Tokyo. The towering centre half featured over the weekend in his side’s 6-0 win over Chinese Taipei, getting an assist in the process.

With Town’s last match being a 2-0 win over Plymouth Argyle at home, there’s a lot of confidence going into this match at the Wham Stadium, with the play-offs not too far from Joey Barton and his sides’ reach.

Fleetwood drew 1-1 with Accrington earlier in the season, and it was former defender Cian Bolger who got the goal for the home side with a glancing header inside the 18-yard box.

There’s no new injury news to report with James Wallace, Craig Morgan and Dean Marney still recovering from knocks. Apart from that, it looks the gaffer will have a heathy headache come 2pm on Saturday. 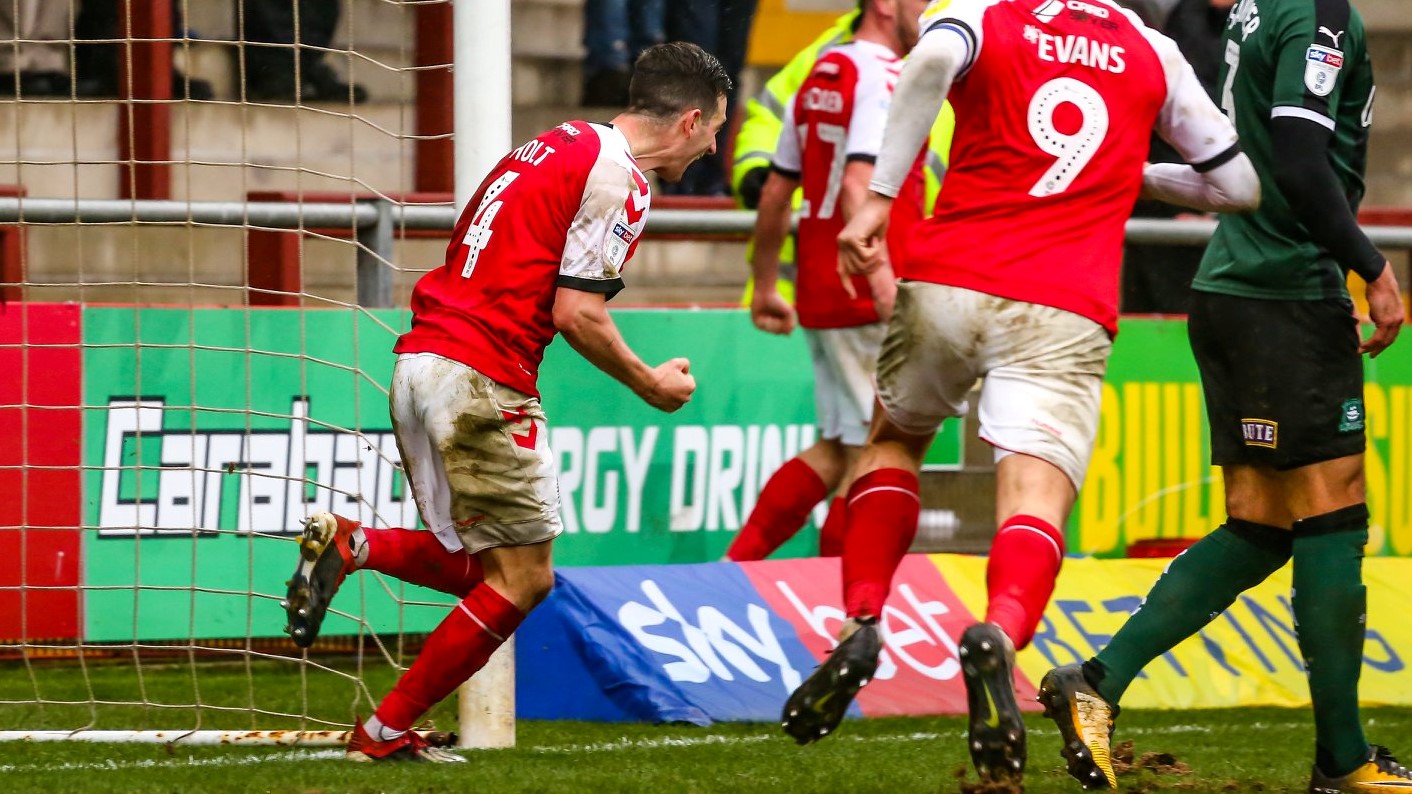 On the 15th September 2018, the two sides met for the first time in League One. It was Fleetwood who made the first move in the match with Cian Bolger scoring for Town in the 37th minute of the match.

John Coleman’s side scored twenty minutes from time with Sean McConville bagging his third of the campaign by slotting the ball past Alex Cairns in the Fleetwood goal.

One To Watch: Billy Kee

Billy Kee is the man to watch for Accrington when the Cod Army make the short trip down the motorway to the Wham Stadium.

Kee currently has 15 goals to his name in all competitions, and has carried on his goal scoring form from last season – when he finished last season as Sky Bet League Two’s top scorer with 25 league goals in 46 matches. 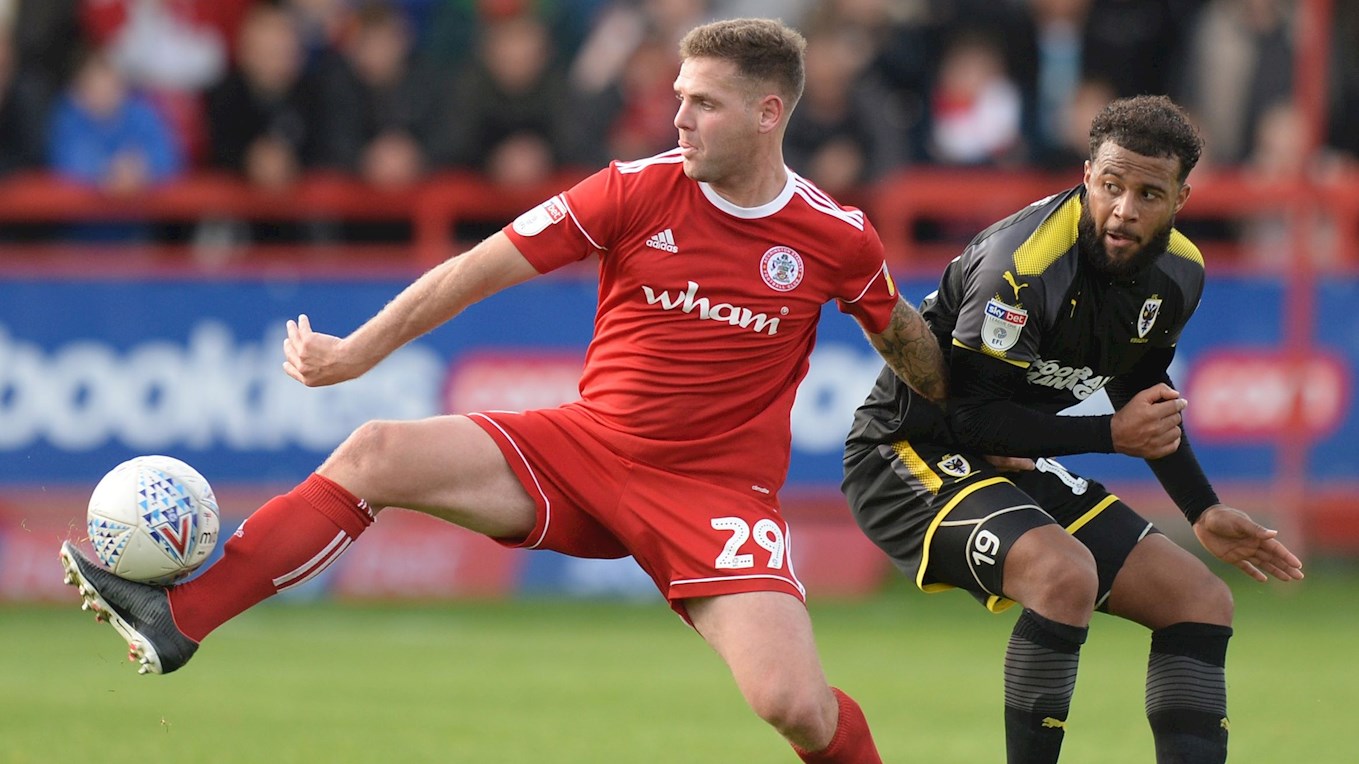 “The first thing I have to do is show them where they’ve gone wrong. We’ll come up with a plan to try and win the game next Saturday. We’re not going to hide in a corner and cry and say, ‘that’s it, our season’s over’.

“We’ve been beaten by a better team (Burton Albion last time out), but here’s been times when we’ve been the better team this season, we’ve got to believe that we can go again, and we can get back to that form.” 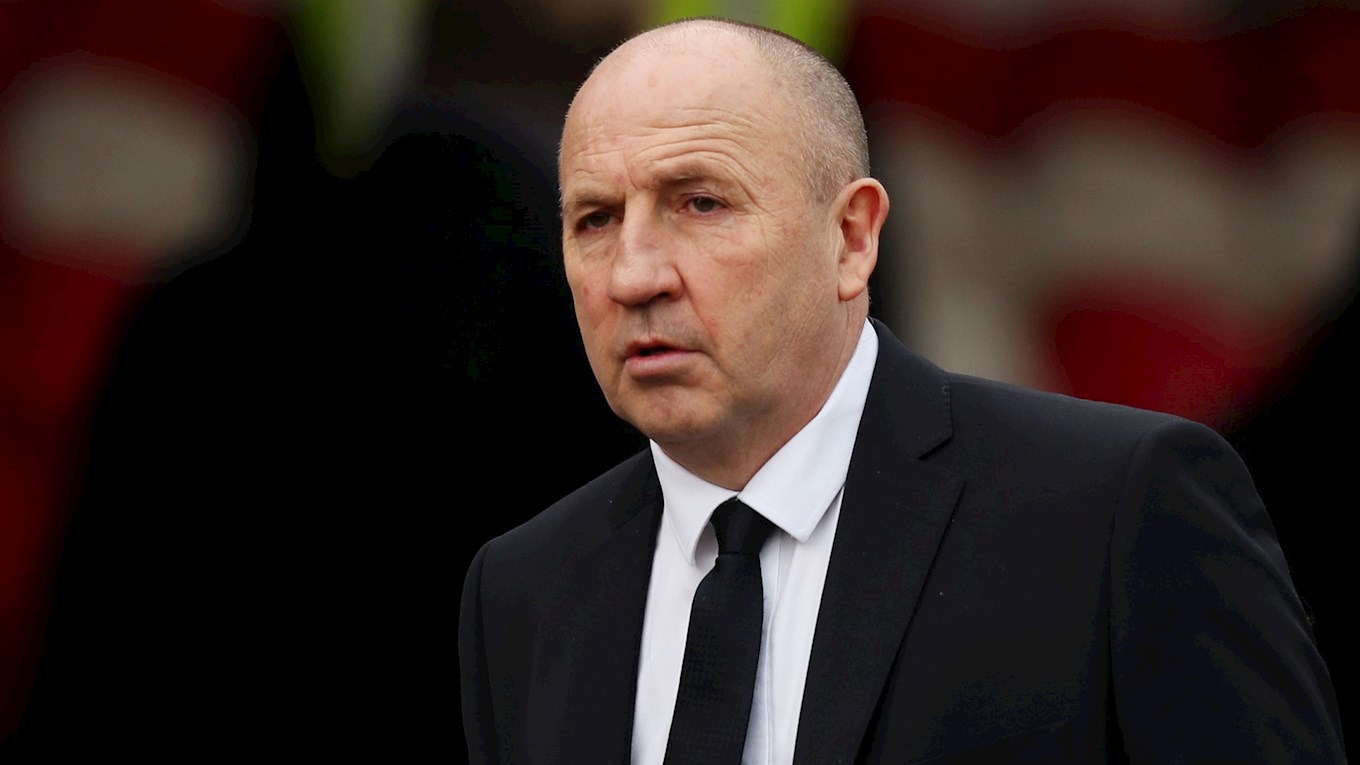 “It should be an entertaining game at Accrington. It would be great to see many of our fans at the ground, and the key for us is to make that intimidating atmosphere as they did it at Bradford City away. It felt like a shift in a mindset of our players that day.

“This match against Accrington is massive for us, so I want the lads to feel that pressure as they need to get use to it in their career.” 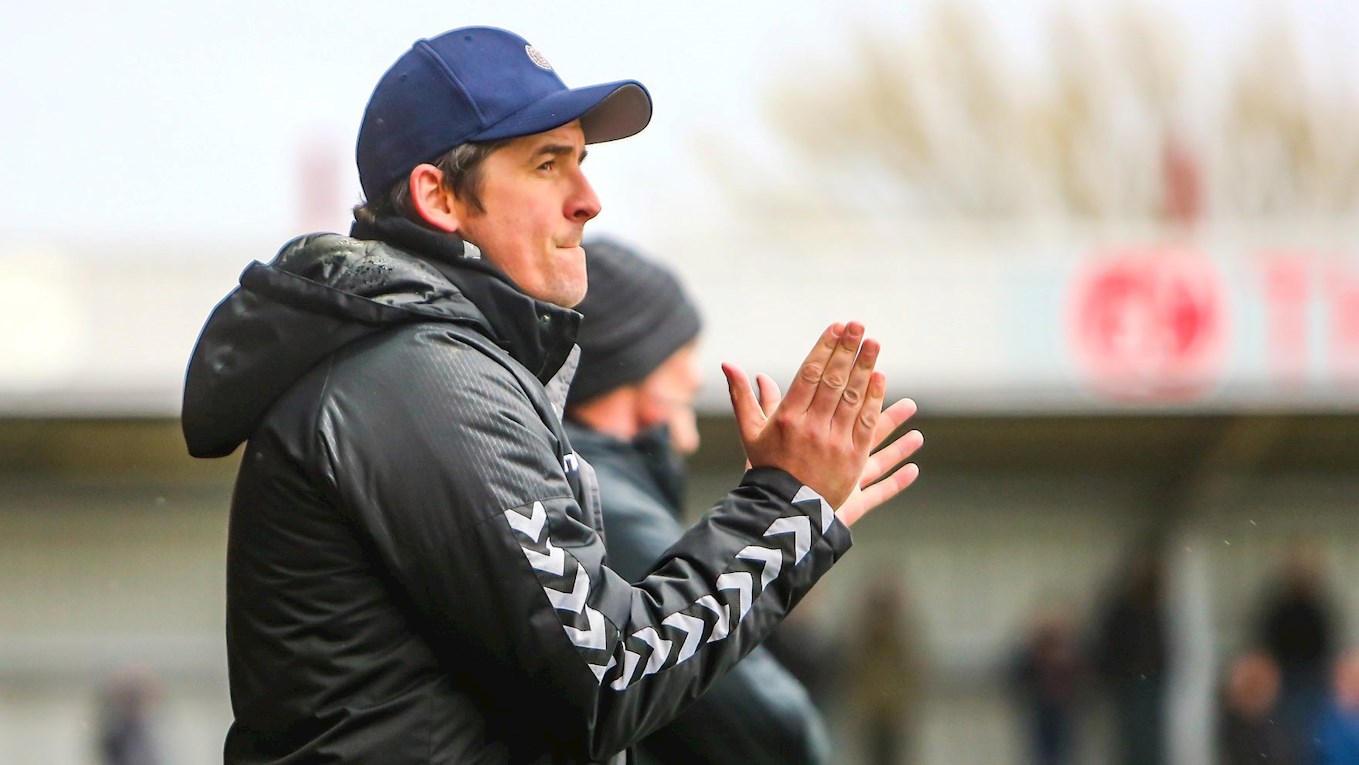 The Cod Army will be situated in the Coppice Terrace (behind the goal), and also in the new stand - which was opened earlier this season - The Studio Stand. This will give supporters buying tickets the option to sit or to stand when the match kicks-off at 3pm!

The ticket prices are as follows:

The coaches will be leaving Highbury Stadium at 11:30am and at 12:30pm on the day of the game, and this will cost Onward Card holders £5, and just £10 for non-Onward Card holders. When booking, please be specific on which coach you want to take.

Supporters are able to buy tickets and travel over the phone by calling 01253 775080 or by popping into the club shop either at Highbury Stadium or Poolfoot Farm. 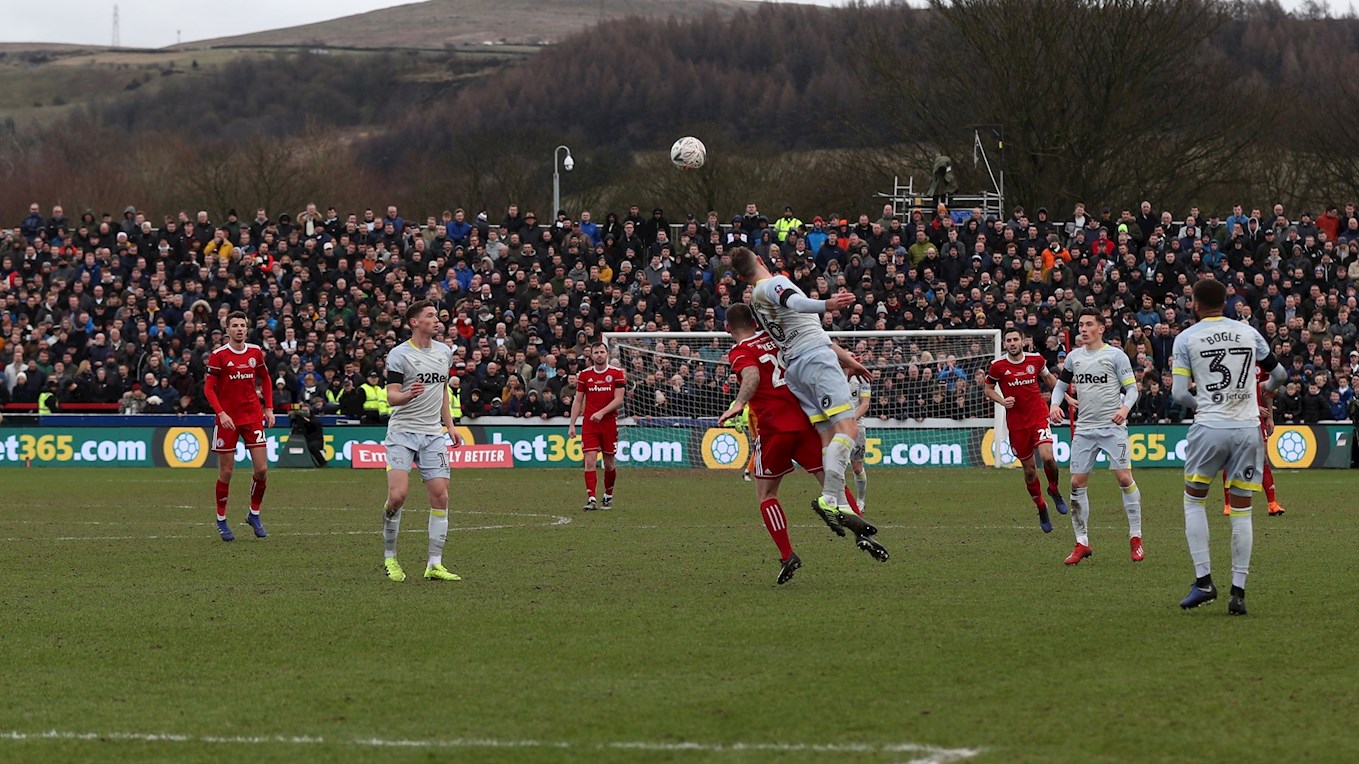 If you fancy Fleetwood Town to get three points against Accrington this Saturday at the Wham Stadium, you can get odds of 17/10.

For Accrington to pick up the points at home for the first time since the 17th February, the odds are currently at 6/4. A draw between the two sides is now 9/4 – A repeat of the last time these two sides met?

The SkyBet price boosts odds of Fleetwood to win and for both teams to score, it was 9/2, but it’s not 11/2.

Sean McConville had Accrington’s best chance of the game in the second half, but he blazed off allowing Alex Cairns to keep his 15th league clean sheet of the season.

Joey Barton’s side started well in East Lancashire, with Wes Burns threatening early on. The wing-back found space on the right, allowing him to knock the ball past Janoi Donacien before unleashing a powerful strike that was just wide of the target.

Town came even closer just minutes later after Ched Evans headed James Husband’s brilliant cross goal bound, but Dimitar Evtimov was there to keep it out.

Barton was forced into making an early substitution after midfielder, Jason Holt was stretched off following a challenge he made with Sam Finley. Nathan Sheron being the man who was brought on.

Fleetwood continued to be on top, and this time it was Jack Sowerby who had the chance to find the opener. Some great play between Evans and Burns allowed the latter to deliver a lovely ball into the box but Sowerby couldn’t get his header on target.

Accrington finally got their first chance of the game, in the 20th minute, as Sean McConville headed into the side netting, after Harvey Rodgers picked him out from the wing.

11 minutes later and Accrington have the ball in the back of the net, however it was disallowed after Billy Kee was penalised for a push on Lewie Coyle.

A little spell for Accrington in the closing ten minutes of the first half as McConville’s free-kick reaches Sykes but Cairns got down low and smothers the ball into his chest.

Town came out the blocks faster in the second half looking for that opener and that’s exactly what they found. Wallace’s corner found Souttar who headed home for his first Fleetwood Town goal, putting the visitors a goal up. A superb header.

The home side reacted very well and began to put pressure on Fleetwood’s defence. McConville went close, once again, after his shot was just wide from inside the area – a let off for Fleetwood.

The home side kept the pressure up for a short period, but it wasn’t long before the Cod Army got back into the game. Burns again at the heart of it, as he brushed past one man before slipping Ross Wallace through, but the attack came to nothing.

It became end-to-end towards the latter stages of the second half and it was Accrington who created their best chance of the game so far. McConville was found at the back post, unmarked, but he fired his shot over the bar. A huge chance for the home side to equalise…

Ashley Nadesan had the chance to seal the game off, in the 79th minute, after Evans managed to flick the ball on to play him through, but the substitute couldn’t finish it off and only forced Evtimov into a crucial save.

A professional performance from Joey Barton’s men means that the Cod Army take all three points back to Highbury with them.

Time is running out for Onward Card holders to take advantage of £5 coach travel for Saturday’s trip to Accrington Stanley.

Joey Barton’s side head across Lancashire to the Wham Stadium in a crucial Sky Bet League One encounter, with a play-off place still up for grabs.

The price for a non-Onward Card holder to travel is just £10, with both on sale over the phone by calling 01253 775080 or by visiting the club shop at Highbury.

Match tickets still remain on sale, with prices as follows:

Please visit the ticket office at Highbury Stadium or call 01253 775080 to book your tickets and coach travel. 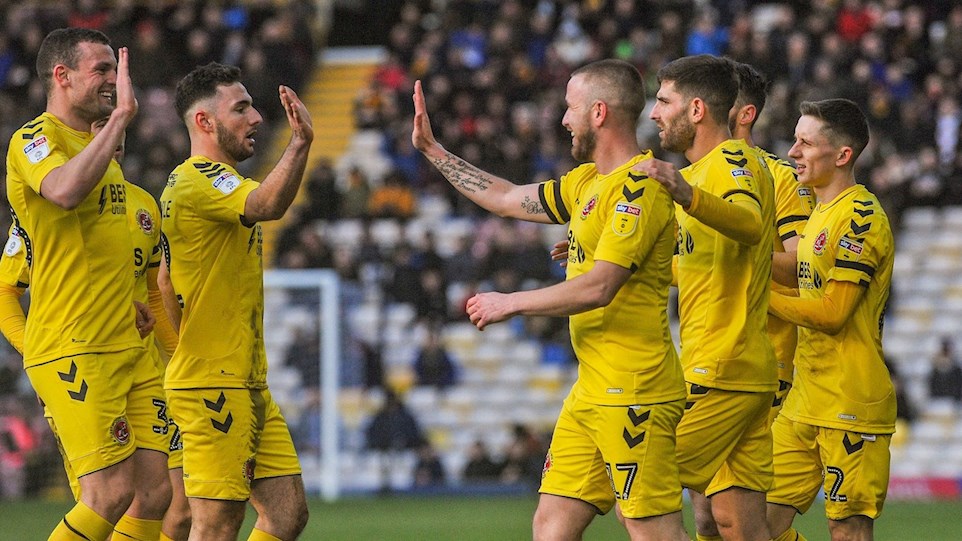 Back the boys at Accrington this Saturday


Tickets and travel remain on sale for this weekend's Sky Bet League One fixture against Lancashire rivals, Accrington Stanley. 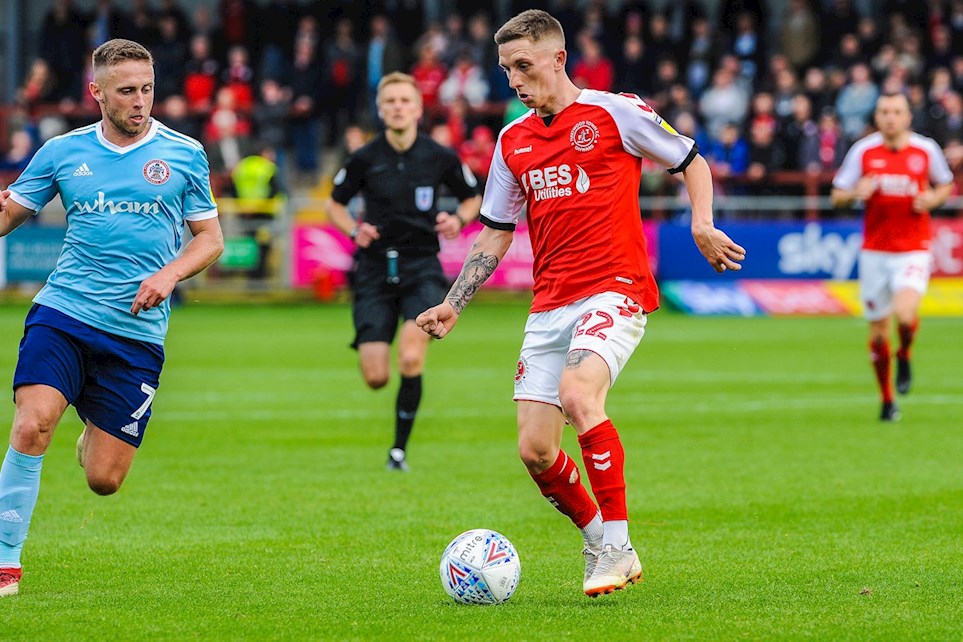 Accrington ticket and travel on sale


Fleetwood Town are happy to announce that tickets are now on sale for the Sky Bet League One fixture against Lancashire rivals, Accrington Stanley. 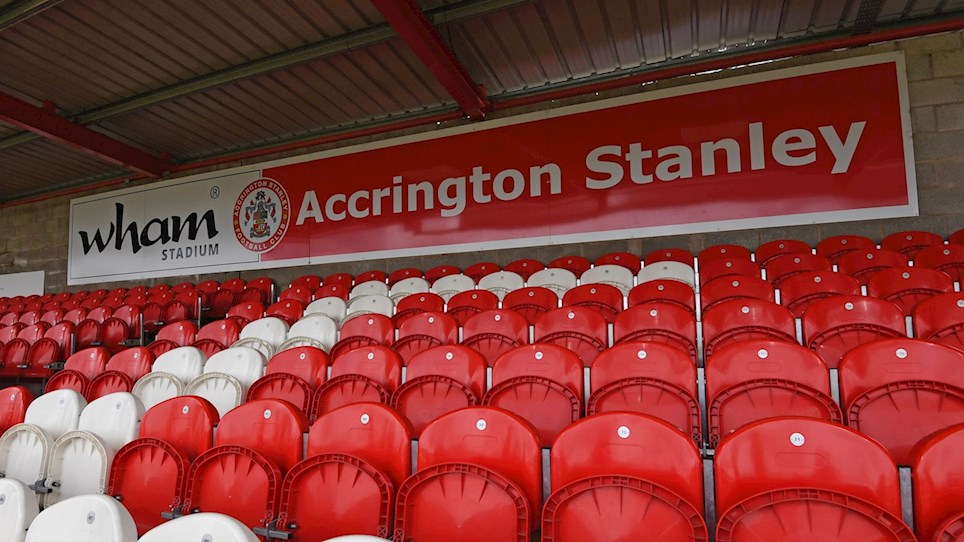 Tickets are NOW on sale for Town's trip to Accrington Stanley


Fleetwood Town are happy to announce that tickets are now on sale for the Sky Bet League One fixture against Lancashire rivals, Accrington Stanley.