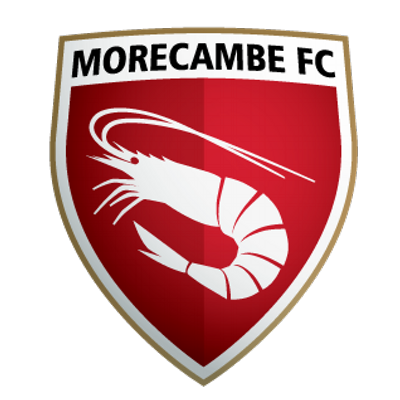 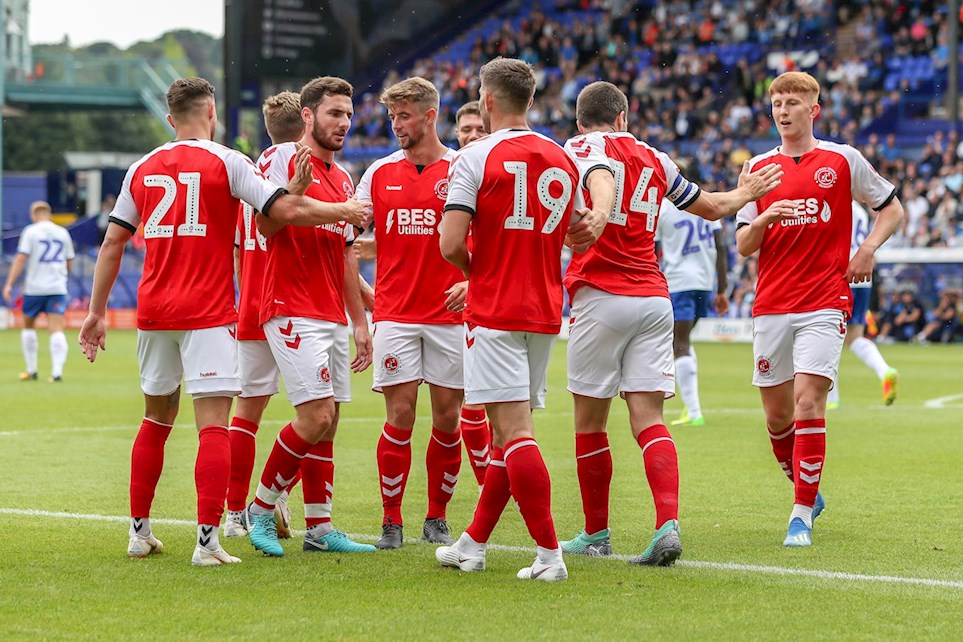 Morecambe up next for Cod Army in pre-season schedule


Morecambe are our final opponents before the new campaign as our first-team pre-season schedule comes to an end this Saturday.

First half goals by McAleny and Burns sealed off another win for Joey Barton’s men, with the 2018/19 Sky Bet League One just seven days away.

Grant struck midway through the second period, after Andrew Fleming had halved Town’s lead, but the Cod Army held on for a comfortable victory.

Loanee striker Ched Evans made the starting eleven at Morecambe, after scoring his first goal for the side against Tranmere Rovers exactly a week ago. McAleny and Burns joined him upfront, with Lewie Coyle and Joe Maguire starting at full-back.

The first chance of the game fell to the hosts as Fleming found himself on the end of a deep corner into the box, but his shot towards goal was cleared only to Adam Campbell who shifted the ball onto his left foot and struck the effort high and wide.

Town worked their way into the game in the 6th minute as Evans switched the play from right to left to McAleny, who cut inside, beating Zak Mills, but his chance from eight yards goes over the bar.

Morecambe responded well as, in the 8th minute, Kevin Ellison headed the ball down to Vadaine Oliver, he took a step to compose himself but he struck the ball well wide of Alex Cairns' left-hand post.

A cross the almost turned into a freak goal, as Lewie Coyle’s ball in from the right was fumbled by Barry Roche onto the crossbar, Evans followed the chance up, but the keeper recovered well.

Town seemed to build some momentum then as Burns crossed the ball into the box from the right, Bobby Grant headed the ball down to Jack Sowerby whose 18-yard volley was saved by Roche.

Morecambe’s best chance of the first half came in the 21st minute as Zak Mills’ cross from deep found Aaron Wildig, who forced a brilliant diving save out of Cairns to keep the game goalless.

That save proved pivotal as less than 60 seconds later, Grant found some space on the wing, his cross wasn’t dealt with, and the ball fell to McAleny who fired the ball home from eight yards.

Burns had the next chance as he picks up a loose ball 20-yards out, and forced a smart low save from Roche.

The forward impressed in the first half, and he managed to get on the score sheet in the 42nd minute. Grant crossed the ball into the box from a corner, where Burns headed it into the top corner of the net. A top finish which saw Town lead at the break.

Morecambe put themselves back into the game early on in the second half as Fleming’s strike from the edge of the area deflected off Nathan Sheron, evading Cairns.

The pressure seemed to work as Grant grabbed Town’s third in the 66th minute. A quick break ended with the midfielder striking the ball cleanly from the edge of the area into the back of the net.

Kyle Dempsey then came on to replace Sheron and seemed to cause the Shrimpers defence some trouble. In the 70th minute, he could have easily scored town’s fourth of the afternoon as he cut in from the left, and forced a brilliant diving save from Roche.

The last chance of the game fell to substitute Paddy Madden, who replaced Evans midway through the half, as he rushed forward into a one-on-one the defender marking him, but his effort went just wide of the target.

This win sees Joey Barton’s side extend their pre-season unbeaten streak to six, ahead of Monday's trip to Chorley.

Morecambe up next for Cod Army in pre-season schedule


Morecambe are our final opponents before the new campaign as our first-team pre-season schedule comes to an end this Saturday.

The club will face the Shrimps a week after their match against newly promoted side Tranmere Rovers, who will be playing in the same league as Morecambe next season, with the season only a week away with AFC Wimbledon being Barton's first opponents of his managerial reign.

We are currently waiting for tickets to be sent to us for pre-sale. Ticket prices below:

Fleetwood Town will be running supporters coaches that will be departing Highbury Stadium at 12pm, costing only £10 for all supporters.

For further details, call the ticket office on 01253 775080 or visit the club shop at Highbury Stadium.