It’s still all to play for at both ends of the Sky Bet League One table. Sporting Life’s Tom Carnduff previews the latest round of games.

Luton are closing in on promotion to the Sky Bet Championship as they sit ten points clear of Sunderland in third.

25 victories in 40 games this season has put them top of the pile, while they are also unbeaten in 20 games at Kenilworth Road.

15 of those have ended in victory, and they’ll be hopeful of adding another one to their tally when they welcome Blackpool this weekend.

The Seasiders are still in touching distance of the play-offs though and have one of the best away records in the division.

For Sunderland, they’ll be trying to utilise the two games in-hand that they currently possess as they look to overtake Barnsley in second.

The Black Cats were beaten in the Checkatrade Trophy final last weekend but bounced back with a win over Accrington, and will be aiming to make it back-to-back victories in another away game, this time at Rochdale.

Dale have done well in recent weeks though as they look to avoid the drop. They’re now unbeaten in four and only in the relegation zone on goal difference.

Sunderland were beaten on penalties by Portsmouth at Wembley, and another win on Saturday could move them back into third in the table.

Pompey are away at a Wycombe side who are looking to halt a bad run of form. Wanderers haven’t won in their last ten, although they’ll be hopeful that home advantage will help them here.

Another promotion-chasing side who are away is Barnsley. Daniel Stendel enjoyed a trip to Alton Towers this week, and he’ll be hoping for more smiles on Saturday as they go to Burton.

Albion have one of the best home records in the division, winning their last two games at the Pirelli Stadium, while the Tykes boast the third-best record on the road.

A play-off finish looks the most likely outcome for Charlton this season, who are 12 points clear of seventh-placed Peterborough.

Lee Bowyer has had another great season at the helm and they go into their clash with Plymouth in good form. Athletic are now unbeaten in their last eight with four wins in their last five games.

Plymouth though are unbeaten in eight home games, five of which have been victories. This is a game that could go either way.

For Doncaster, they could go eight points clear in the play-offs with victory away at a Bradford side who are facing the drop.

The positive news for the Bantams though is that manager Gary Bowyer has committed his future to the club as he looks to rebuild and move them back up the divisions.

Rovers have won their last two, scoring seven goals in that time. Both sides will know the importance of victory in this.

Peterborough are the side who will be hopeful that the West Yorkshire outfit can do them a favour. They hold a game in-hand over Doncaster but still need to find a two-game swing to move back into the top-six.

Darren Ferguson’s side ended a three-game losing run with a good victory over Southend last time out, and this week sees a tricky test against a Gillingham side who have hit good form.

Another team hitting form at the right time is AFC Wimbledon. The Dons have won four of their last five, which has fired them from bottom of the table to within touching distance of survival.

Another win here could move them out of the bottom-four, which they’ll be hopeful of doing against an Accrington side currently on a run of three defeats.

That said, Stanley did win in their recent away game at Wycombe, while also picking up a point at promotion-chasing Sunderland.

Coventry are another one in the running for the play-offs, and they’ll know the state of play by kick-off time as they host Bristol Rovers on Sunday.

Both sides have experienced mixed form in recent weeks, although both need victory for separate reasons at this point.

Back-to-back victories for Fleetwood has also made them outside contenders for the play-offs, and victory over Southend could move them to within five points of the top-six.

They do take on a Southend side who have lost their last four and sit outside the relegation zone on goal difference, although they’ll be hoping that a managerial change can help to keep them in the division.

Shrewsbury will be wanting another positive result in front of their own supporters when they take on Scunthorpe.

Both sides are looking to avoid relegation this season, and victory in a game such as this will help massively in achieving that goal. 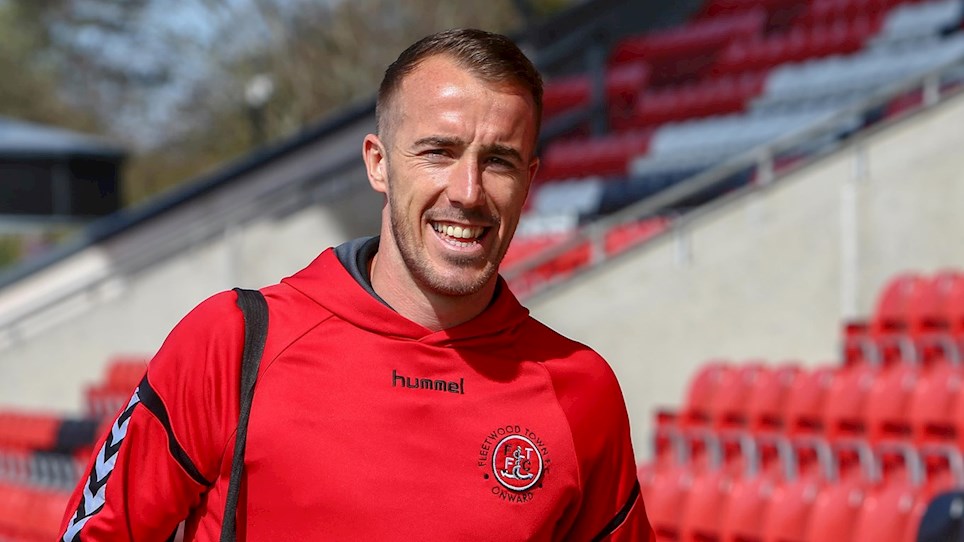 
The 18-man Fleetwood Town squad for the Sky Bet League One fixture versus Southend, at Highbury Stadium, has been named by Joey Barton.

Two goals from Ched Evans were only enough for a point at Highbury as Fleetwood Town drew 2-2 with Southend United on Saturday.

The Cod Army came from behind twice against the relegation threatened side, courtesy of goals either side of half-time from Harry Bunn and Luke Hyam.

However, a late Evans penalty – after Paddy Madden was fouled – sealed a point in a game in which Joey Barton’s side were unfortunate to not collect all three points.

Town got off to an inspired start, as Madden headed the ball into the back of the net after just two minutes. Unfortunately for The Cod Army, it was disallowed for offside and the score remained level.

Fleetwood kept up the pressure early doors, moving the ball quickly and keeping possession well, however, couldn’t find a way through Southend’s defensive line. Ross Wallace almost created a chance for himself after a silky run in and out of two defenders, but Rob Kiernan made a good challenge to prevent a shot.

The Shrimpers grew into the game and had their first effort in the 16th minute. Simon Cox, who is currently on 14 league goals, dragged his shot wide from outside the area.

Five minutes later and Kevin Bond’s side were in the lead, after an error at the back from Fleetwood Town allowed Bunn to get on the scoresheet from close range.

The Cod Army, in search of an equaliser, reacted well with Evans meeting Lewie Coyle’s cross, but the header was deflected wide for a corner. Although, the resulting corner couldn’t find anyone in the box and came to nothing.

Joey Barton made two changes at half time with both Ash Hunter and Ashley Nadesan coming on, replacing Ryan Rydel and Harrison Biggins.

Fleetwood started the second half the better side, with Nathan Bishop pulling off a crucial save to keep Madden’s effort out and the score level. A minute later, Hunter almost made an immediate impact after his in-swinging corner hit the crossbar.

Eventually Town got the equaliser they were looking for through the captain, Evans. It came after some brilliant play down the right flank, capped off by Nadesan’s great pass through to Ched, who then hit it past Bishop for his 14th Sky Bet League One goal of the campaign.

After a poor performance in the first half, Fleetwood Town definitely raised their game for the second, keeping the ball better and creating more chances. The next chance came through Wallace as his deep cross picked out Madden but fortunately for Southend they could scramble his cut-back away.

From one end to the other, substitute, Ash Eastham had the chance to put Fleetwood in front but couldn’t get enough contact on the attempt and from that The Shrimpers countered and could only manage to win a corner from it.

Following the corner, Southend were awarded a free-kick after a foul on Sam Hart. The free-kick was nicely delivered and Town failed to clear it, allowing Luke Hyam to hit the ball from just inside the box, with venom, into the top of the net.

Two minutes later and Fleetwood were awarded a penalty after Madden was brought down in the area. Evans stepped up and calmly slotted the penalty into the net, sending the keeper the wrong way and adding another to his tally for the season, making it 15 goals in the league.

Fleetwood remain unbeaten in three games now, picking up 7 points from a possible 9.


The 18-man Fleetwood Town squad for the Sky Bet League One fixture versus Southend, at Highbury Stadium, has been named by Joey Barton.

Get yours tickets today for our match against Southend United this Saturday at Highbury Stadium.

On Saturday 6th April, Fleetwood Town welcome Southend United to the Fylde Coast as the season gets ever so close to the final few matches of the 2018/19 campaign.

After an end to end match in the Lancashire derby against Accrington Stanley last time out, Town came out on top with Stoke City loanee Harry Souttar heading home the only goal of the match. That win has really made it interesting with the run for the play-off places.

Fans can pick up their tickets for Saturday's game against the Shrimpers at Highbury in the Club Shop, as well as buy them at Poolfoot Farm from the main desk. Tickets will also be available online - meaning you don't have to move from the comfort of your own home.

Here are the all important ticket prices for the Sky Bet League One fixture:

There are only FOUR games left this season on home soil, so lets back the lads and make Highbury a fortress.

Supporters are able to buy tickets and travel over the phone by calling 01253 775080. See you all there on Saturday!