A wonder strike from Devante Cole wasn’t enough for Fleetwood Town as they lost 4-1 on Saturday at Portsmouth.

A brace from both Brett Pitman and Jamal Lowe won the contest for the hosts, despite Cole leveling the scores early in the second half.

Uwe Rosler made two changes from Tuesday night’s dramatic win 3-2 win against Bury, with captain Nathan Pond returning to the starting line up ahead of Baily Cargill.

George Glendon also started, replacing Jack Sowerby. Conor McAleny appeared in the squad for the first time recovering from an injury picked up in August.

There was a flurry of early action at a packed Fratton Park, with the first chance falling to Cian Bolger who headed just over the bar from a corner.

The home side were just inches away from taking the lead moments later as Pitman connected with a Lowe through ball, but an on rushing Alex Cairns forced the striker to put his effort wide. Most of the home fans inside Fratton Park thought Pitman had scored.

Pompey were controlling possession in the game but the Town back line were defending well against Pitman and the nippy Conor Chaplin. The home side were also forced into some last ditch defending as Cole forced his way into the penalty area but Christian Burgess cleared.

There was a period of calm before the next series of chances came calling, first from Chaplin, who forced a corner, then substitute Donohue who squandered his long-range effort. Stuart O’Keefe then threatened with a chance, which sailed just wide of Cairns’ left post.

Portsmouth made their chances pay as the half headed towards a close as they took the lead. Pitman rose highest to meet the curling cross of Nathan Thompson and head past a helpless Cairns for 1-0.

Fleetwood did react well after the goal, and Jordy Hiwula could have equalised with a header of his own after Kyle Dempsey’s cross, but he was just wide of the mark as the Cod Army went into the break with a one goal deficit.

Town came out with some impetus in the second half, aided by the introduction of McAleny to the action in place of Aiden O’Neill. It didn’t take long for the change in personnel to have a profound effect on proceedings as the Cod Army found an equaliser in stunning circumstances. Glendon sent a floating ball over the top towards Lewie Coyle, who headed down into the path of Cole, whose first time volley thundered into the top corner.

With action now end-to-end, Portsmouth regained the lead just five minutes late from a set piece and another headed finish as Lowe connected with a well-taken corner and tucked it past Cairns at the far post.

It wasn’t long before Town had a golden chance to equalise, as McAleny connected to a smart through ball by Dempsey, but the striker’s effort was inches wide of the post. Fleetwood were advancing forward well, but a third goal for Portsmouth came on the counter attack, as Lowe raced down the wing and cut inside the box. He looked to be ready to cross to a team mate, but instead chose to go alone before firing in at the far post from the tightest of angles.

The hosts had the contest won with just over ten minutes remaining in the match as Pitman scored his second of the day with a stunning effort from outside the box, which went in off the post.

Town’s misery was compounded when Dempsey received his marching orders for a second bookable offence in the last five minutes of the match.

Tickets and travel for Fleetwood Town's Sky Bet League One fixture at Portsmouth are now on sale.

Uwe Rosler's side will make the long trip south on Saturday 16th September 2017, with kick-off at Fratton Park 3pm.

Ticket price are listed below:

Accompanied Under 18 (with a paying adult/senior) - £5

*Adults and Seniors increase by £2 if purchased on Match Day*

Coaches will be departing Highbury at 7am on the day of the game and will cost only £15 for all supporters.

To book tickets or travel, please call 01253 775080, or visit the ticket office at Highbury Stadium. 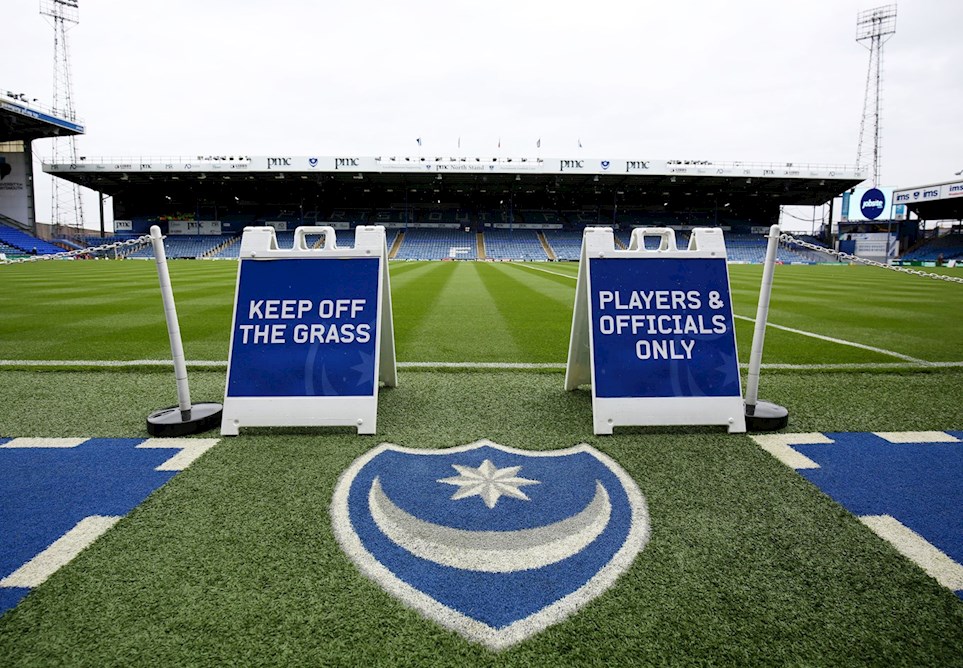 Tickets and travel on sale for trip to Portsmouth


Tickets and travel for Fleetwood Town's Sky Bet League One fixture at Portsmouth are now on sale.