Fleetwood return to action on Tuesday night as they head to Lincolnshire to face Scunthorpe United at Glanford Park.

Town head into the game on the back of an action packed 2-2 draw with Rochdale on Saturday, where Devante Cole rescued a late point for Uwe Rosler’s side.

Rosler will be forced into making changes to his squad for the trip to face the Iron, with Wes Burns serving the first match of his three game suspension after his dismissal on Saturday.

Meanwhile, Scunthorpe fell to a 2-0 defeat at Rotherham United last time out.

United sit 12th in Sky Bet League One and are three places and one point behind the Cod Army.

A run of three straight defeats in the league brought to an end a run of five wins in eight games, which included a 4-0 demolition of Plymouth at Home Park and a 1-0 win in their derby with Doncaster Rovers.

Their one loss in that eight game run was also their first of the season, as they fell to 1-0 home defeat to Blackburn in mid-September.

A 2-0 win at Glanford Park for Fleetwood last season was instrumental in Town’s late push towards the playoffs. Devante Cole and Bobby Grant both scored to secure a vital three points.

The reverse fixture last August saw a 2-2 draw at Highbury, as Scunthorpe battled back from 2-0 down through Kevin van Veen and Tom Hopper, after Eggert Jonsson and David Ball had given Fleetwood the league.

Tuesday’s game will be the ninth meeting between the two sides. Of the previous eight, there have been three wins for Fleetwood, two for Scunthorpe, with three draws.

Midfielder Josh Morris will be a familiar name amongst Fleetwood fans, having been on loan at Highbury, and playing a part in the memorable promotion at Wembley in 2014. Morris scored a total of eight goals in a red and white shirt. Now at Scunthorpe, Morris is well known for his goals from long distance, and has scored 22 goals for the Iron since signing from Bradford City in the summer of 2016, including three this season.

Striker Lee Novak joined Scunthorpe from Charlton this summer, and is a player with Championship pedigree. Having begun his career in Scotland with Gretna, but has played in Championship for Huddersfield Town, where he made nearly 150 appearances, and Birmingham City where he featured 59 times. He has scored twice for United this season.

Defender Rory McArdle was the man who ended Fleetwood’s promotion hopes last season with his goal for Bradford City in the play-off semi-final, so Uwe Rosler’s side will be well aware of the threat he poses on Tuesday night. Now captaining his new side, McArdle was also the captain at Valley Parade, where he had spent the last five years – being an almost permanent fixture in the starting line up in that time. McArdle has also featured in the Football League for Rochdale and Sheffield Wednesday. 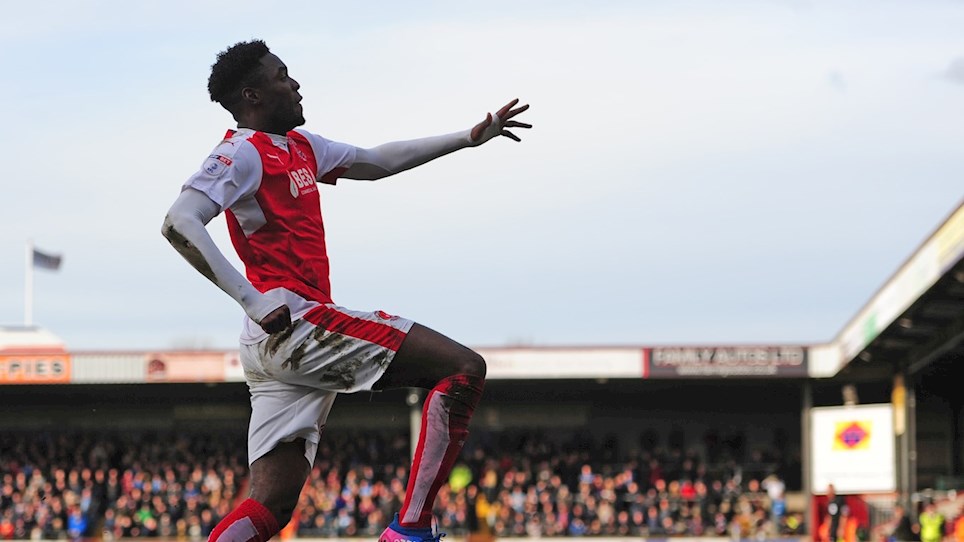 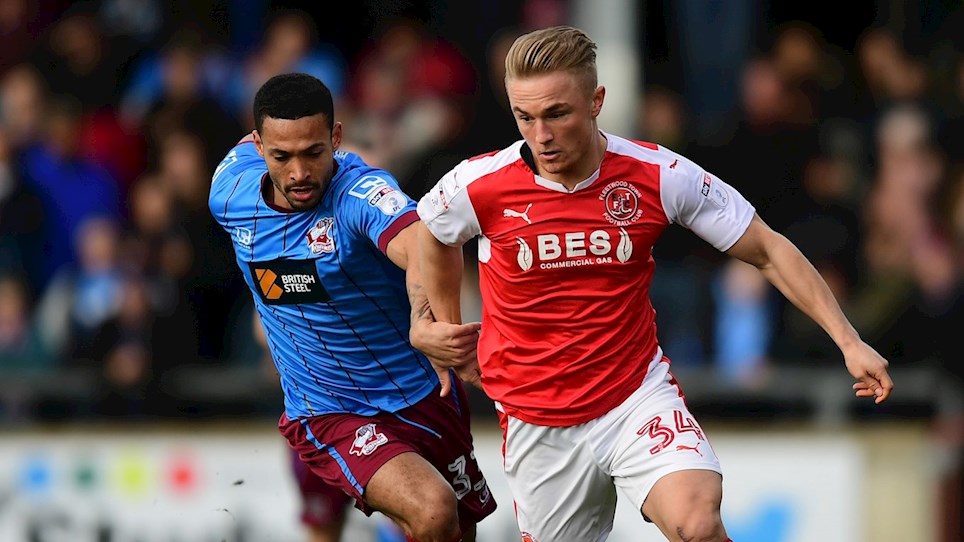 
Fancy a bet ahead of Fleetwood Town’s game against Scunthorpe United this Tuesday? See the latest odds with our EFL partner Sky Bet. 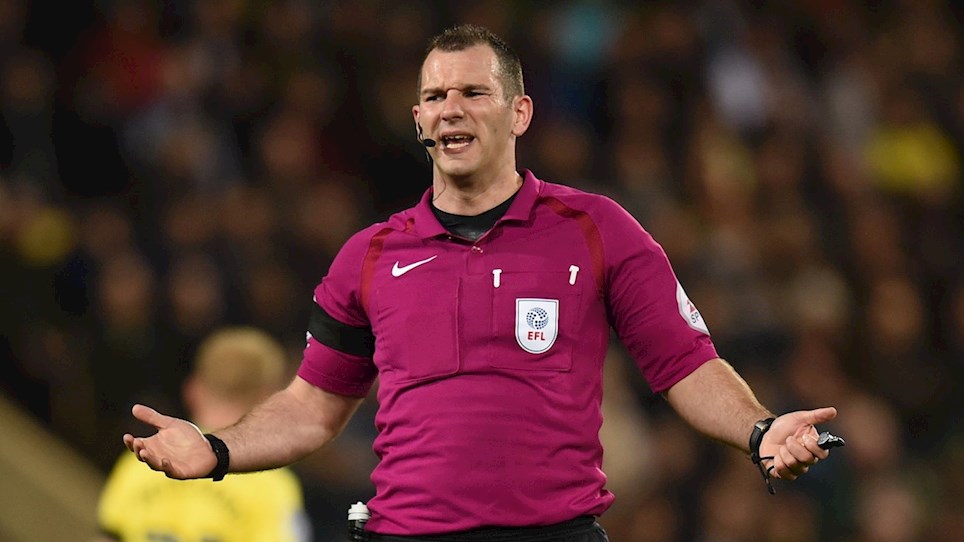 
The match officials for Tuesday’s Sky Bet League One fixture against Scunthorpe United have been announced. 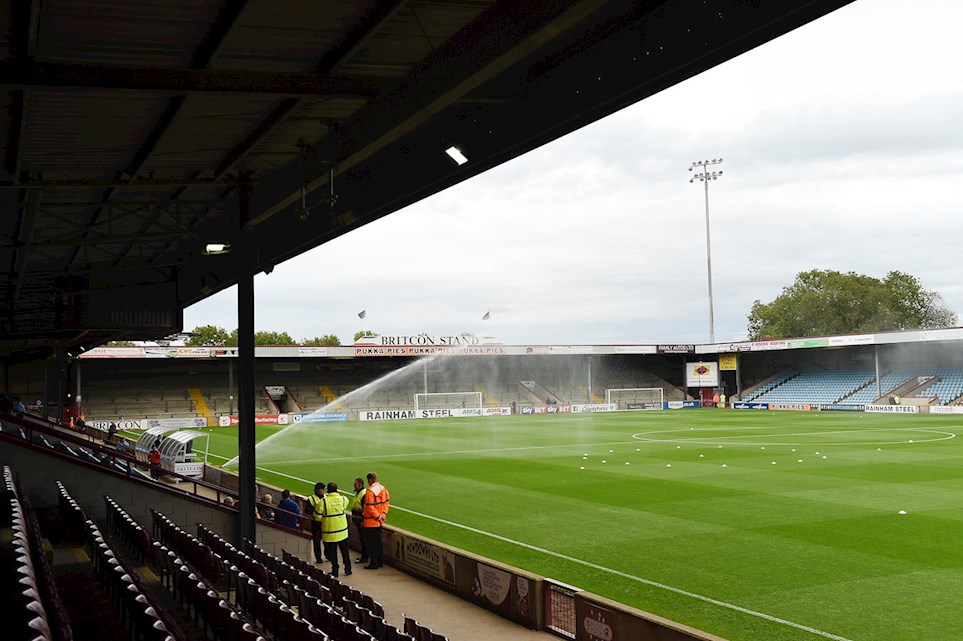 
Heading to Glanford Park on Tuesday night? Here’s an essential guide ahead of Fleetwood’s visit to Scunthorpe United…

A late goal from Jordy Hiwula gave Fleetwood as deserved point as they drew 1-1 against Scunthorpe United on Tuesday night.

Hiwula pounced on a defensive mistake with just five minutes left to go to level after Lee Novak’s first half strike had given United the lead.

Uwe Rosler made one change from Saturday’s 2-2 draw with Rochdale with George Glendon taking the place of Aiden O’Neill, who took a place on the bench. Also on the bench was Wes Burns, who retains his place in the squad after having his red card on Saturday successfully overturned on appeal.

Town were quick out of the blocks in Lincolnshire and inside sixty seconds had a good chance to take the lead as Hiwula fired wide from outside the area, and were spraying the ball around well in midfield.

Scunthorpe also had a decent spell of possession in the opening period and Funso Ojo went close with a long-range effort that flew past Alex Cairns’ right hand post.

The hosts were on the front foot when they took the lead, with a slice of luck, midway through the first half, as Lee Novak flicked home after a scramble in the area from Josh Morris’ corner. It was perhaps harsh on Rosler’s side who had been defending well.

But for a good save from Cairns, United could have doubled their lead a few minutes later – Novak was to be denied this time.

Play died down in the centre of the park, but Fleetwood were searching for an equaliser and were beginning to frustrate the home side as they pressed forward. Slippery conditions were making it difficult for the Cod Army in the final third.

Hiwula was a concern for the home defence and he threatened a leveler when he connected to a long ball over the top from Bobby Grant, but fired his effort over the bar.

Town were getting better, and Devante Cole could have perhaps equalised from Lewie Coyle’s cross had it not been for some fortunate defending from Scunthorpe in their own six yard box. Kyle Dempsey then tried his luck from distance, with his shot deflected for a corner, from which Bobby Grant slightly miscued his strike.

Grant was doing well against his former side and he started another good move, which saw Amari’i Bell’s dangerous cross cleared, as Town improved in the final ten minutes of the half. It was a good end to the half, as Town went into the break with something positive to build on.

Rosler made one change at half time, bringing on Conor McAleny for Cole at the break, and from the restart he tried his luck from outside the area, but it did little to test Matt Gilks in the United net.

Fleetwood had come out for the second half with a point to prove and looked lively, controlling the play on a chilly night.

Novak was certainly causing problems for Town, and up the other end he flashed a powerful drive across the face of goal.

A lot of Fleetwood’s play was coming down the right hand side, with Coyle allowed to beat his man and play crosses into the area, but the Irons were dealing with any danger well.

McAleny had looked hungry since his introduction and squandered a superb chance to restore parity as he ran from inside his own half but could only fire his shot straight at Gilks.

It wasn’t all one-way traffic though, and on the counter attack Duane Holmes tested the reflexes of Cairns with a pile driver. Cairns saved well to deny the former Huddersfield Town man.

From a free kick on the right hand side, Town came close again. It was whipped in and headed across goal by Cian Bolger, but Hiwula couldn’t get the touch needed to guide it into the back of the net.

With Ash Hunter already on as a substitute, Aiden O’Neill was brought on with ten minutes to go in an attempt to snatch something from the game.

And snatch something Fleetwood did with five minutes to go. An innocuous through ball seemed to be an easy interception for Scunthorpe defender Murray Wallace, but his slip up allowed Hiwula to pounce on the mistake as he bore down on goal, slotting past Gilks inside the penalty area.

In a pulsating final five minutes Town could have been 2-1 up as Hiwula played Bell through on goal, but the offside flag saved Scunthorpe’s blushes. McAleny then volleyed at Gilks, but it was well saved.

It was an exciting finish to the match and one that could have potentially gone the home side’s way had Neal Bishop not scuffed his stoppage time strike.


Fancy a bet ahead of Fleetwood Town’s game against Scunthorpe United this Tuesday? See the latest odds with our EFL partner Sky Bet.


The match officials for Tuesday’s Sky Bet League One fixture against Scunthorpe United have been announced.


Heading to Glanford Park on Tuesday night? Here’s an essential guide ahead of Fleetwood’s visit to Scunthorpe United…

Tickets and coach travel are now on sale for Fleetwood Town's match at Scunthorpe United.

Uwe Rosler's side travel to Glanford Park on Tuesday 17th October (7:45pm), in a match between two sides who finished in the Sky Bet League One playoffs last season.

Fleetwood Town fans will be situated in The AMS Stand, with ticket prices as follows.

Coach travel is also on sale for this match.

Supporters coaches will be departing Highbury at 3:30pm, with the price just £10 for all supporters.

To book either tickets or travel, call the ticket office on 01253 775080, or visit the club shop at Highbury Stadium.