Fleetwood Town will look to end their Sky Bet League One season in style at Walsall visit Highbury for the final game of the season.

After a 1-1 draw at Bradford City on Tuesday, Walsall secured another season in the third tier, with that point taking them four points clear of the drop zone. 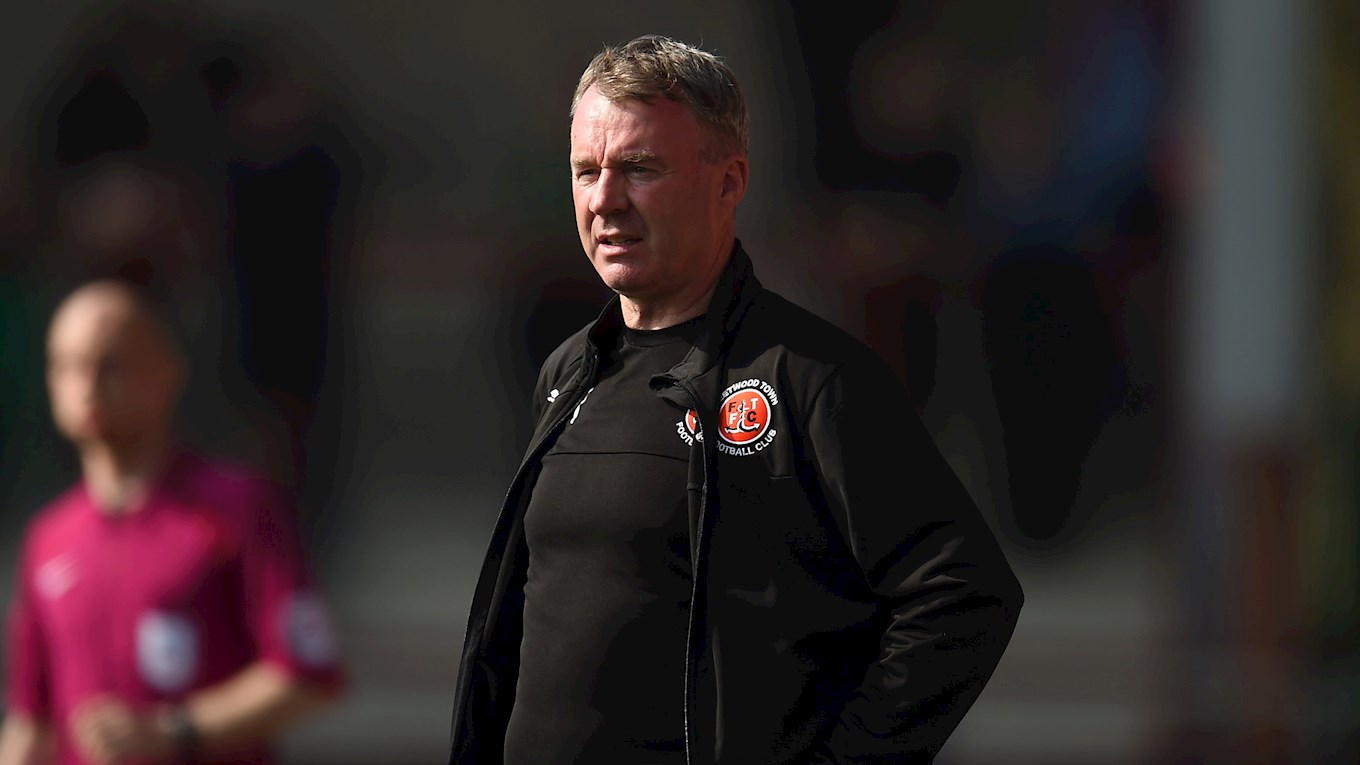 "I'd like us to finish with a win, especially being at home. It's been a little bit disappointing in the last couple of games. It would be nice for us all to end with a win.

“Walsall have done well and have picked up four points from their last two games. They have achieved what they wanted [staying up], and I'm sure they'll be looking for a better season next time.

"I want to enjoy the game on Saturday, but we want to win. A win may lift us a couple of places in the division - for the supporters it will be nice."

Fleetwood have lost four of their last five games in the league, with the other game being the 1-0 win at Oxford United.

Walsall have also won once in five, but that was a huge win over Northampton Town which took them a step closer to survival. 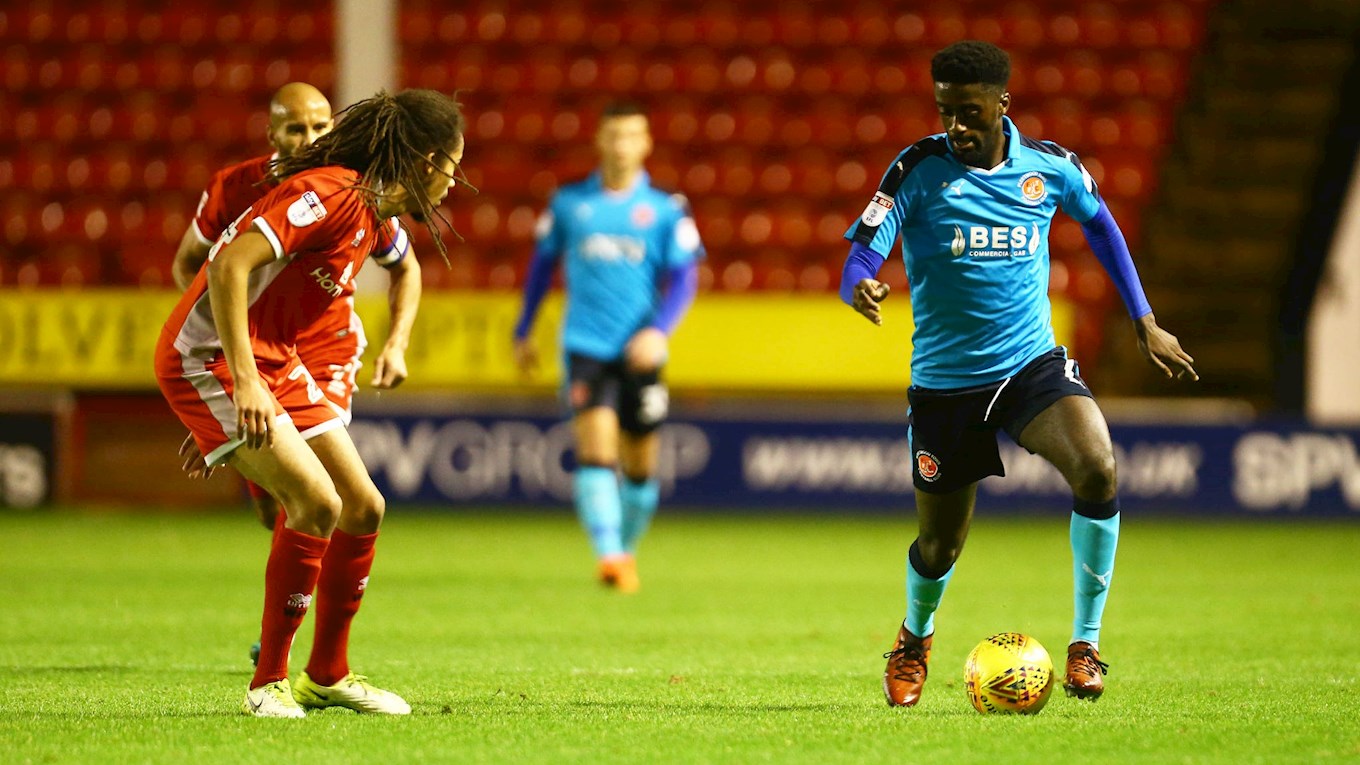 Last time out saw a thrilling contest at the Banks’ Stadium as Walsall ran out 4-2 winners. Scores were level after 90 minutes, but Tyler Roberts and Daniel Agyei both scored in stoppage time to seal a late win. Walsall’s last visit to Highbury ended in a 2-1 win for Town thanks to goals from Ash Hunter and Bobby Grant. 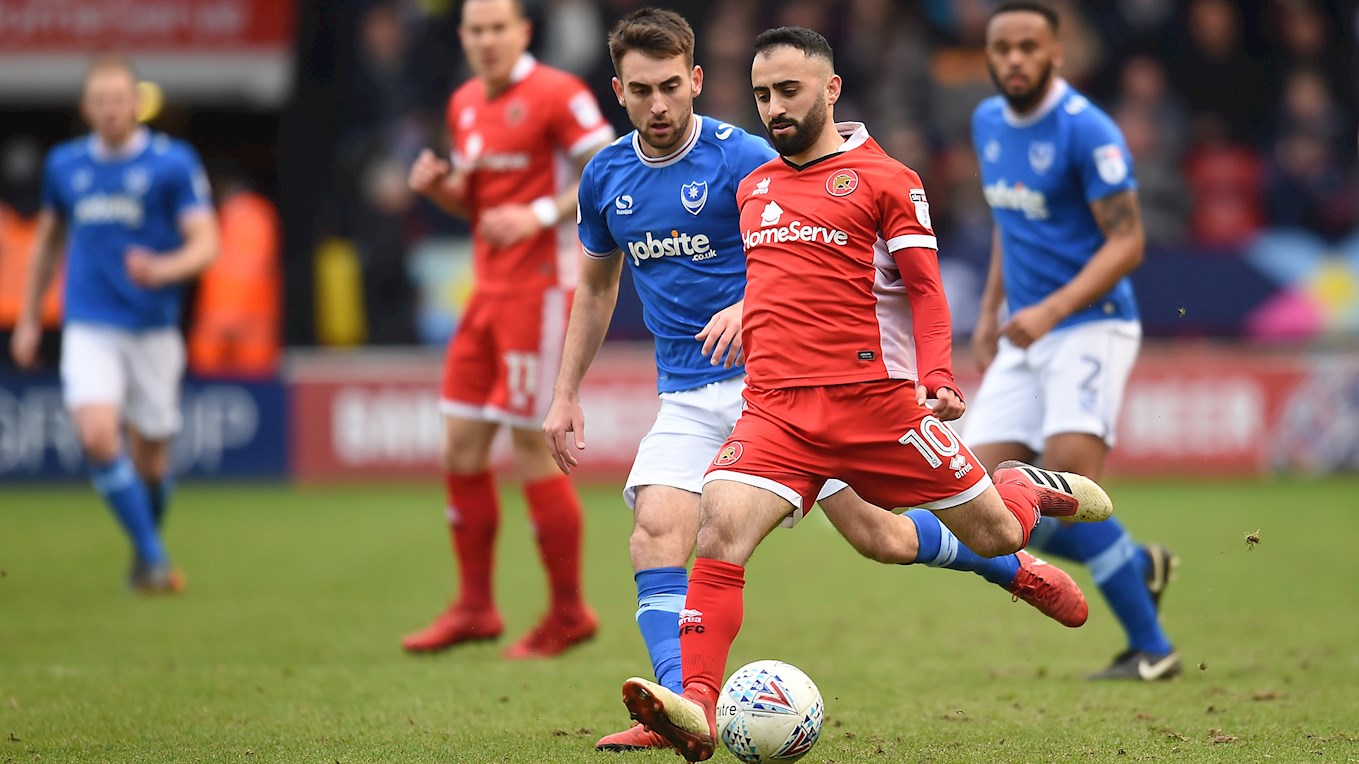 Midfielder Erhun Oztumer is a player Fleetwood should be wary of on Tuesday evening. Top scorer for the Saddler’s with 16 goals so far this term, Oztumer is known for his powerful right foot that has seen him score numerous times from outside the area in recent seasons. Originally a youth player at Charlton, Oztumer has featured for Manisaspor, Sivasspor and Anadolu Uskudar in his native Turkey, before he returned to English football with Dulwich Hamlet where his impressive record of 49 goals in 78 games alerted the interest of Peterborough United. Walsall signed the midfielder from the Posh in 2016.

League partner Sky Bet has released its odds for the final day clash, and makes Fleetwood 5/4 to win. Walsall are 11/5 with a draw at 23/10.

A full list of odds can be found at skybet.com 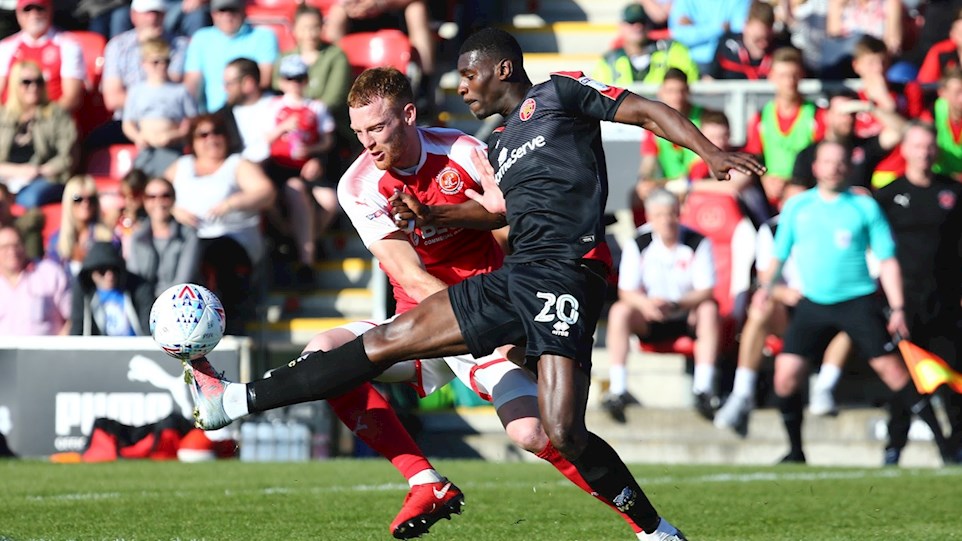 
Fleetwood Town ended their Sky Bet League One campaign with a win, as they soundly beat Walsall 2-0 to secure 14th spot in the table. 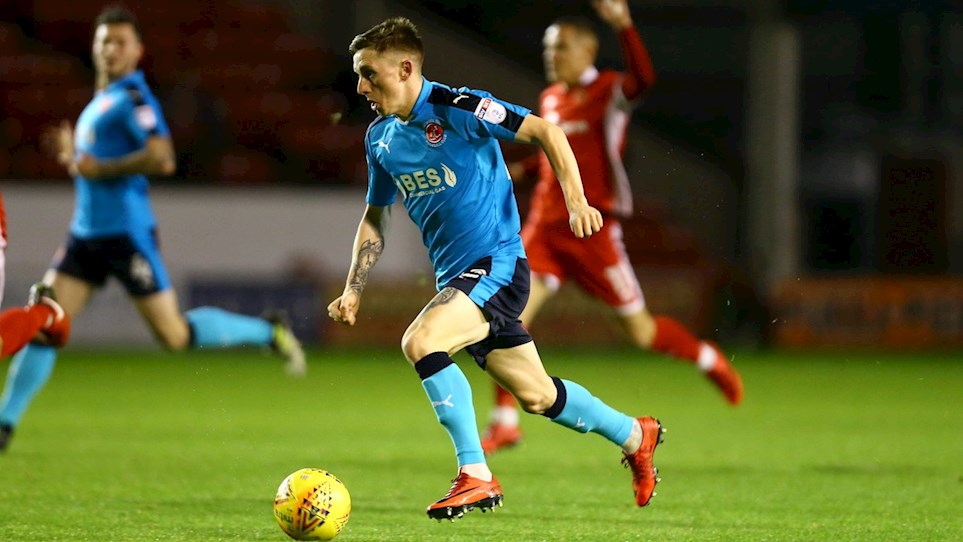 
John Sheridan’s Fleetwood Town head into the final game of the League One season against Walsall on Saturday. 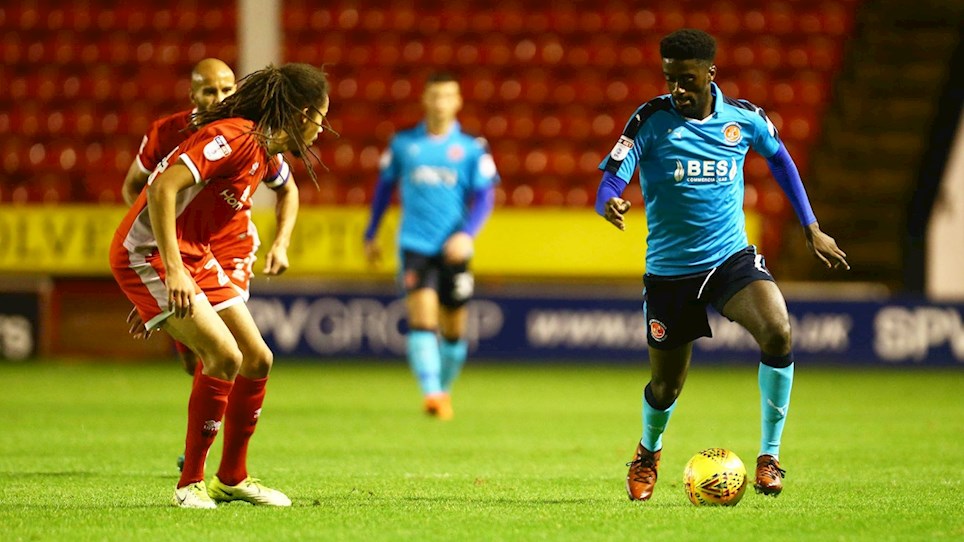 
Fancy a flutter ahead of this weekend’s game? Town will be hosting Walsall in the final League One game of the season on Saturday and these are the latest odds according to our EFL partner Sky Bet. 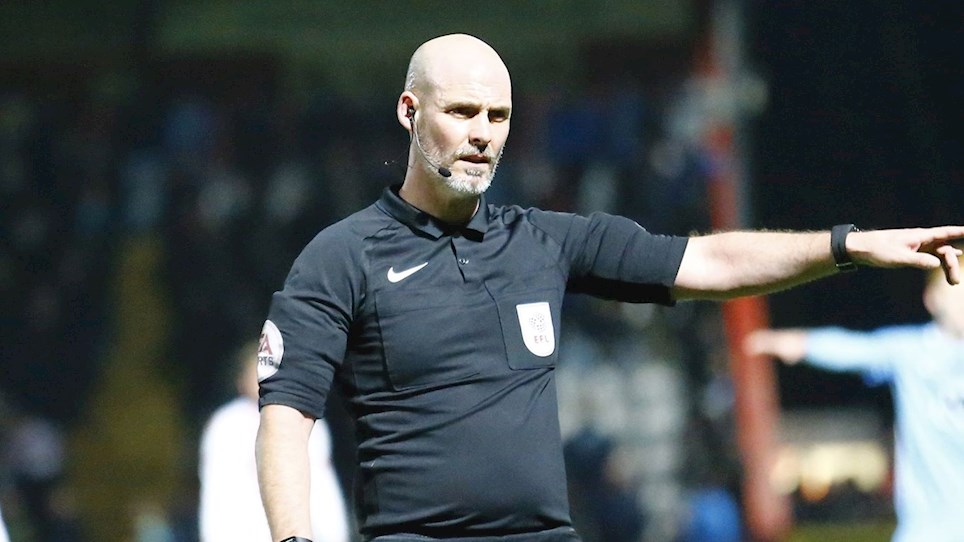 
Kevin Johnson has been announced as the referee for Town’s final game of the season against Walsall on Saturday.

Fleetwood Town ended their Sky Bet League One campaign with a win, as they soundly beat Walsall 2-0 to secure 14th spot in the table.

A wonderful strike from Ashley Hunter and a tidy finish from Paddy Madden ensured Town’s final three points of the season, and it could have been more against a Walsall side that struggled to break down a tough Fleetwood back line.

Lewie Coyle had a great chance to score, while Fleetwood also accumulated chances from Toumani Diagouraga and Conor McAleny, but they weren’t to matter, as two first half strikes sealed victory.

John Sheridan, in his final game in charge of Fleetwood, named three changes to the starting line-up that played against Peterborough United last week. Alex Cairns replaced Chris Neal in the goal, while Bobby Grant and Diagouraga made starts ahead of McAleny and Jack Sowerby.

At a delightfully sunny Highbury, the first chance came for Town when Ashley Eastham fired over from six yards after a corner from Grant fell to him in the box.

Another great chance came when Diagouraga’s close range header was well saved by Mark Gillespie and pushed away for a corner. Town were playing some neat passing moves, and not allowing the away side much time on the ball.

Neither Florent Cuvelier’s low drive, nor Maziar Kouhyar’s strike did little to test Alex Cairns with the visitors’ first real efforts of the game.

As has been seen plenty of times this season, Hunter only needs one chance, and it was on the half hour mark that the number 22 superbly curled one into the top corner from the edge of the area, to cap off his season in style.

Coyle should have ended his loan spell from Leeds United with a goal, as he brilliantly dropped his shoulder and swung a ball past the right hand post from inside the area.

It was 2-0 on the stroke of half time and it was no more than Town deserved. All the hard work was done by Kyle Dempsey, who incredibly ran from the half way line, turning three Walsall men, and then fired at Gillespie. The keeper could only parry, allowing Madden a clear goal, and he made no mistake to double the lead.

Fleetwood were dominant as the second half started, with Madden unlucky not to get to another rebound from the glove of Gillespie.

McAleny and Jordy Hiwula were both brought on in the second half, with the former setting up a couple of half chances for Town.

Gethin Jones and Coyle combined well when the Welshman teed up Coyle at the far post, but he couldn’t get his effort on target.

McAleny did well when a cross into the area was deflected out to him. He was able to take a touch and curl it narrowly wide.

Diagouraga was unlucky not to make it three when Harrison Biggins smashed a cross into the area, with Town now fully dominant.

There were further chances, this time as Ash Eastham hit a powerful drive into the area, which took a wild deflection off a defender and dropped just inches the wrong side of the post.

The final whistle saw great celebrations amongst fans and players, as the squad took to the pitch with a lap on honour, to thank the supporters for their support following this season.


Fleetwood Town ended their Sky Bet League One campaign with a win, as they soundly beat Walsall 2-0 to secure 14th spot in the table.


John Sheridan’s Fleetwood Town head into the final game of the League One season against Walsall on Saturday.


Fancy a flutter ahead of this weekend’s game? Town will be hosting Walsall in the final League One game of the season on Saturday and these are the latest odds according to our EFL partner Sky Bet.


Kevin Johnson has been announced as the referee for Town’s final game of the season against Walsall on Saturday.