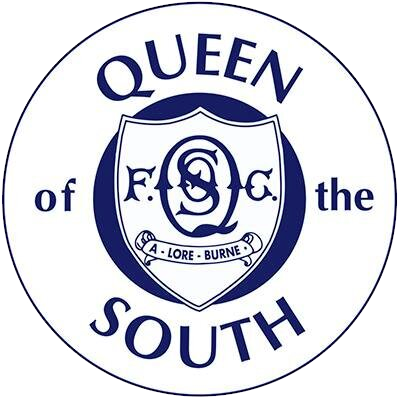 Queen of the South

After 60 days without football, Fleetwood Town will be back in action tomorrow as Gary Naysmith's Queen of the South travel down to Poolfoot Farm to kick-off our 2017-18 pre-season schedule.

Town have not played since the narrow play-off defeat against Bradford City in May after finishing fourth in Sky Bet League One. This is Town’s first game of pre-season and the only match before the tour to Austria, which the players depart for on Sunday.

The Scottish side have started their training for the upcoming campaign as they have faced off against two opponents so far. Cowdenbeath beat QOS 3-2 before Naysmith's side beat Annan Athletic 4-1.

The last time we met with the Scottish Championship side, it was our development squad who beat them 6-1 at Poolfoot, last summer. Dean Brotherson opened the scoring for the Doonhammers but goals from Ashley Nadesan (2), Dion Charles, Thomas Grant and Elliot Osborne (2) rounded out a brilliant performance.

It is looking like both sides will go into the game with full strength sides, with QOS looking likely to field multiple trialists. There are no injury concerns for Town in their first game ahead of the new season.

QOS have made four signings so far this window as Andy Stirling, Callum Fordyce, Alan Martin and Shaun Rooney have all joined the side. A familiar face will be coming back to Fleetwood as Stephen Dobbie is likely to appear for the visitors.

Town have also added to the squad as Uwe Rosler has made five additions to his sides so far. Kyle Dempsey signed permanently with the club back in May from Huddersfield, Harvey Rodgers and Conor McAleny soon followed from Hull City and Everton respectively, before two season-long loan deals were confirmed with Lewie Coyle, from Leeds United, and Jordy Hiwula, from Huddersfield Town. All could feature on Friday.

Glasgow-born striker Stephen Dobbie has started this campaign with unbelievable form as he has played a part in every goal the Queens have scored so far, this season, scoring four and assisting two more.

Dobbie started his career in Scotland with Rangers, but after a loan spell and not getting a game in Glasgow, he moved to Hibernian for two years. A loan move from Hibs to St. Johnstone led to his next move, making it permanent in 2005.

The striker then joined the Queens for the first time in 2007 and managed to score 47 goals in just 84 games for the side, earning a move to then Championship side Swansea City in 2009.

Subsequent moves to both Brighton & Hove Albion and Crystal Palace led to more loan spells, returning to Bloomfield Road before joining Fleetwood for the 2014-15 season. In the season at Highbury, he scored four goals in 27 appearances.

After Fleetwood, he would spend a year at Bolton Wanderers before moving back to Scotland for his second spell at Queen of the South. Since re-joining the side, he has seemingly hit the form of his life as he has scored 23 goals in just 37 appearances.

Lewie Coyle's second half goal on debut sealed a 1-0 win over Queen of the South at Poolfoot Farm on Friday afternoon.

Cian Bolger had a header cleared off the line in the first half, with Bobby Grant also going close on two occasions. Uwe Rosler played two seperate teams in both halves, with all players getting a minimum of 45 minutes of action before heading to Austria on Sunday.

Joe Maguire's deep cross was only half cleared by the visiting defence, allowing Coyle - who is on a season-long loan from Leeds United - to volley home from eight yards.

Town are next in action on Tuesday against German side Karlshurer, with full updates available on the club's social media channels.