Fleetwood Town are preparing for Tuesday night’s Checkatrade Trophy Third Round tie against Bury FC, with a place in the quarter finals at stake.

Uwe Rosler’s men go into the match off the back of Saturday’s historic 0-0 draw with the 2016 Premier League champions Leicester City in the FA Cup third round.

Town met Bury nine days ago in their last fixture of 2017, with Devante Cole and Ash Hunter securing a 2-0 win for Fleetwood.

The Cod Army reached this stage of the competition with a 2-0 win over Chesterfield FC in early December, with goals that night coming from Jack Sowerby and Alex Reid.

Bury, currently on a run of six games without a win and rooted to the bottom of League One, beat Walsall 2-1 to reach the third round.

“The young lads who have come into the group and played in the Checkatrade Trophy have done exceptionally well. Four wins out of four, we topped the group and got through against Chesterfield in the last round, it’s a good chance for them to perform again. I think the big thing is when they get on the pitch in these games they've got to perform, they’ve got to catch the eye and do what the manager asks of them, and they've done that so far. Hopefully we’ll see it again.

“If you top your group and you get into the next round you're obviously a step closer to Wembley. We’re even closer now after beating Chesterfield. It’s another game that we’re taking deadly seriously and I’m sure Bury will be the exact same. Their boys are looking for a win after a few poor results so we know it’s going to be a difficult game. We were there a couple of weeks ago, we know exactly what we’re going to face. The boys have got to be ready.”

[After 3-0 defeat to Plymouth Argyle]

“With results we’ve been having of late you have to look at different solutions. I changed the team and brought in personnel today I thought would have enough to get three points.

“You make your own luck. To be honest, we start well. Just before the goal we hit the bar and are on the front foot, and then we concede another set piece. It’s been the story of the season so far.”

Fleetwood Town won all three of their Checkatrade Trophy group stage matches, beating Leicester City U-21s, Morecambe FC, and Carlisle United, scoring seven and conceding two in the process. Town then knocked out Chesterfield FC, winning 2-0 in the second round with goals from Sowerby and Reid.

The Cod Army are unbeaten in their last eight games in cup competition.

Bury have had a tough run of matches of late, but advanced to the second round with ease, finishing second in their group, beating both Blackburn Rovers and Stoke City U-21s following a 4-0 defeat to Rochdale FC in their opener. The Shakers made it to the third round following a 2-1 win over Walsall, with Nicky Ajose scoring both goals.

Jermaine Beckford may be Bury’s leading threat in the league with eight goals so far this season, but in the cup it’s been all about Nicky Ajose. The 25 year-old striker, on loan from Charlton Athletic, is relishing his third spell at his hometown club and has chipped in with four goals in 13 appearances, including three in two in the Checkatrade Trophy.

The former Manchester United youth prospect produced two vital strikes to help his team get past Walsall in the last round and his natural pace and eye for goal is enough to unsettle any defence.

The two sides last met nine days ago in a league clash that Fleetwood won 2-0, with Hunter and Cole on target. The Cod Army have never lost to Bury, playing eight, winning five, and drawing three.

Earlier in the season Town edged past Chris Lucketti’s men in a tense 3-2 thriller that saw Jordy Hiwula-Mayifuila bag a brace and Ash Hunter snatch a winner. Jermaine Beckford missiedan injury time penalty for the Shakers to give Fleetwood all three points.

Fancy a bet ahead of Tuesday night’s acton? See the latest odds with our EFL partner Sky Bet.

Fleetwood Town are marginal favourites going into the game, with Sky Bet pricing them at 6/4.

A repeat of the Town’s 2-0 win at the end of December is priced at 12/1, with Devante Cole scoring first for the visitors priced at 9/2. 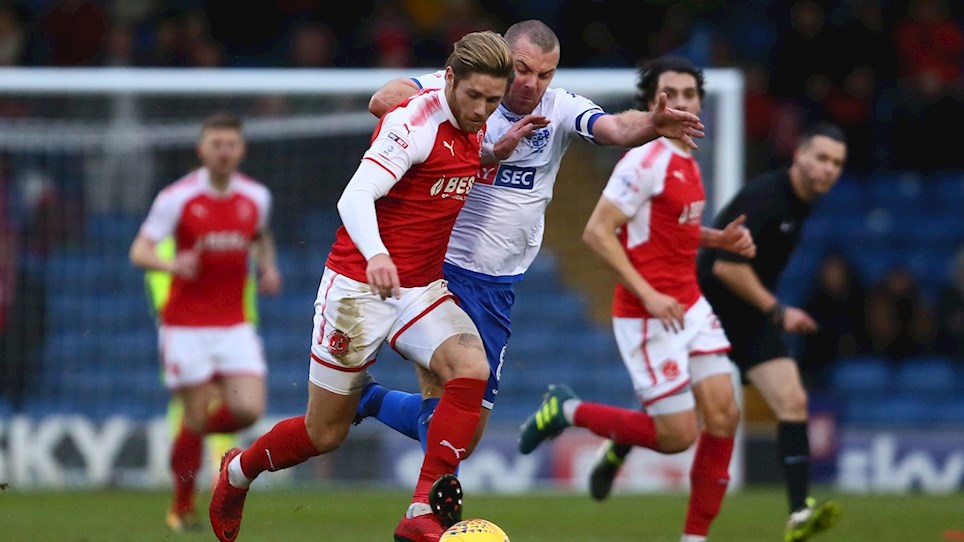 
Uwe Rosler’s Fleetwood Town travel down to Bury on Tuesday night for the Checkatrade Trophy third round. 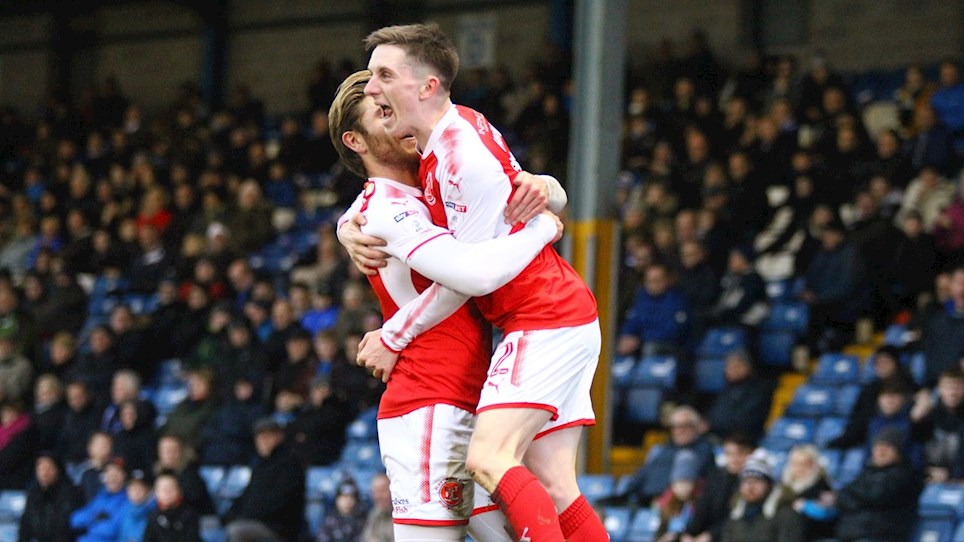 
Ahead of Fleetwood Town’s Checkatrade third round clash against Bury FC on Tuesday, we take a look at the latest odds from our EFL partner Sky Bet for those of you fancying a midweek punt. 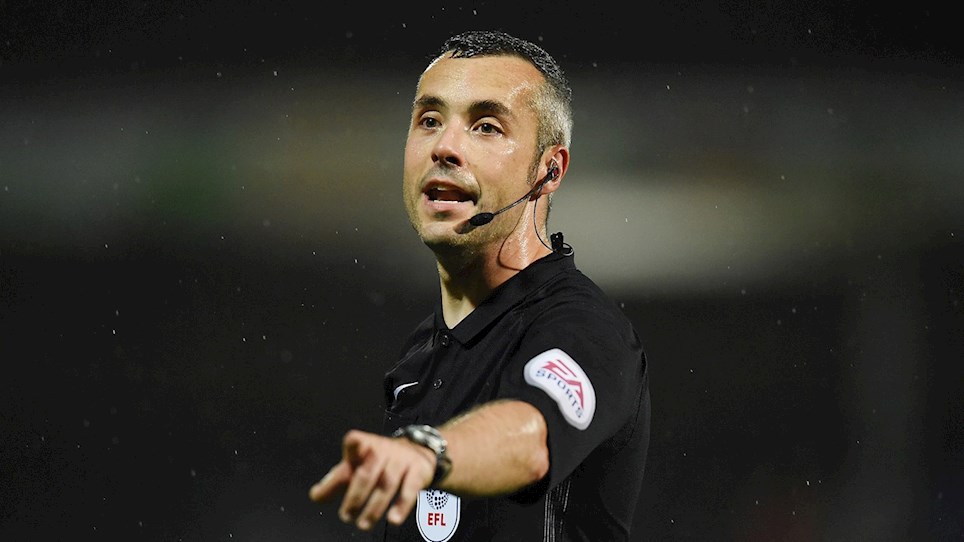 
The match officials for Fleetwood Town’s Checkatrade Trophy third round against Bury FC have been confirmed.

Fleetwood Town progressed to the last eight of the Checkatrade Trophy after a gutsy 3-2 victory at Bury on Tuesday night.

A brace from Jordy Hiwula, either side of a Bobby Grant penalty, were enough to see out a tight game with no end of entertainment.

Bury did get two goals – one in first half injury time from Harry Bunn – with Tsun Dai making the game interesting going into the last half an hour. However, Town hung on and deserved to win and progress to the next round.

Uwe Rosler made wholesale changes from the team that turned out for Saturday’s historic Emirates FA Cup third round draw with Leicester City, with eleven new faces coming into the starting line-up.

Amongst those returning for Town were Conor McAleny up front, and Grant, captaining the side after a 10-week absence through injury.

Bury had the better of the opening exchanges on a bitterly cold Tuesday night, moving the ball effectively against a young Fleetwood side.

The first meaningful chance of the game deservedly fell to the home team, but Chris Maguire saw his dipping free kick brilliantly tipped onto the post by Alex Cairns.

Bury continued to press and went close again two minutes later when Callum Reilly dragged a shot wide of the right hand upright from the edge of the box.

The opener came somewhat against the run of play, 14 minutes in. Bury gave the ball away cheaply in the middle of the park and McAleny pounced to drive through the centre of the Shakers’ defence. His shot was fired straight at Connor Ripley, but Hiwula followed in to head the rebound into an empty net.

Four minutes later Hiwula capitalised on poor Bury defending again, breaking onto a loose ball just inside the box and drawing a foul from Phil Edwards. Bobby Grant stepped up to take the resulting penalty, cooly slotting the ball to the keeper’s left to score on his return.

Bury just about managed to steady themselves in the aftermath of the second, but Town continued to pressure and got stronger as the half progressed.

Victor Nirennold in particular showed some fine touches down the right wing, and was unlucky not to see his driving run and cutback converted by the lurking Hiwula.

Stoppage time at the end of the first half saw a rare spell of Bury pressure ending in a decent attempt on goal from Reilly. Greg Leigh flashed a pass across the six yard box, and after Fleetwood failed to clear their lines, the ball fell to the midfielder 15 yards out, only for his shot to crash back off the crossbar.

Two minutes later Bury went one better. Substitute Harry Bunn burst forward from midfield, cut inside his man, and curled his shot past Cairns from the edge of the box.

Despite controlling much of the game, Rosler’s men went in at the break just one goal to the good.

Town started the second half brightly, with McAleny cutting inside from the left-hand side and pulling a shot just wide.

Fleetwood’s strength was reflected in the 50th minute when a long kick from Cairns was poorly dealt with by Edwards at the heart of the Bury defence and Hiwula pounced to finish for a well-deserved second, restoring the Cod Army’s two goal cushion.

Town’s two goal lead was short lived, however, as another Bury cross was only half dealt with and the substitute Dai took advantage of the confusion to convert the Shaker’s second.

The 18-year-old was involved again moments later, his long-range effort initially parried by Cairns, forcing the keeper to make a smart recovery at the feet of Reilly.

Fleetwood steeled themselves, and a short corner led to another great attempt from the ever-dangerous McAleny. A swerving strike from 20 yards left Ripley stranded, but whistled just over the bar.

A tense period of play followed, with both teams struggling to sustain any kind of meaningful pressure.

A series of half chances for the home team were met by resolute defending from Town, with the best of them forcing Cairns into an agile save down to his right to deny Maguire.

The final stages followed the pattern of the rest of the second half, with both sides threatening, but Rosler’s men ultimate had enough to see out the match.


Uwe Rosler’s Fleetwood Town travel down to Bury on Tuesday night for the Checkatrade Trophy third round.


Ahead of Fleetwood Town’s Checkatrade third round clash against Bury FC on Tuesday, we take a look at the latest odds from our EFL partner Sky Bet for those of you fancying a midweek punt.


The match officials for Fleetwood Town’s Checkatrade Trophy third round against Bury FC have been confirmed.

Tickets and coach travel for our Checkatrade Trophy third round clash against Bury on Tuesday 9th January 2018 (7:30pm k/o) remain are on sale.

Uwe Rosler’s side now face a trip to Gigg Lane after earning their spot in the third round at the start of December, when goals from Jack Sowerby and Alex Reid helped Town beat Chesterfield 2-0 at Highbury.

Coach travel is on sale, priced at just £7. Coaches depart from Highbury at 4:45pm.