The transfer window has slammed shut and attentions must now turn back to Sky Bet League One, as Scunthorpe United are the visitors to Highbury on Saturday.

Fleetwood will be looking to return to winning ways after two consecutive 2-1 defeats in the league, while the Irons will also aim to pick up their first win in five games. 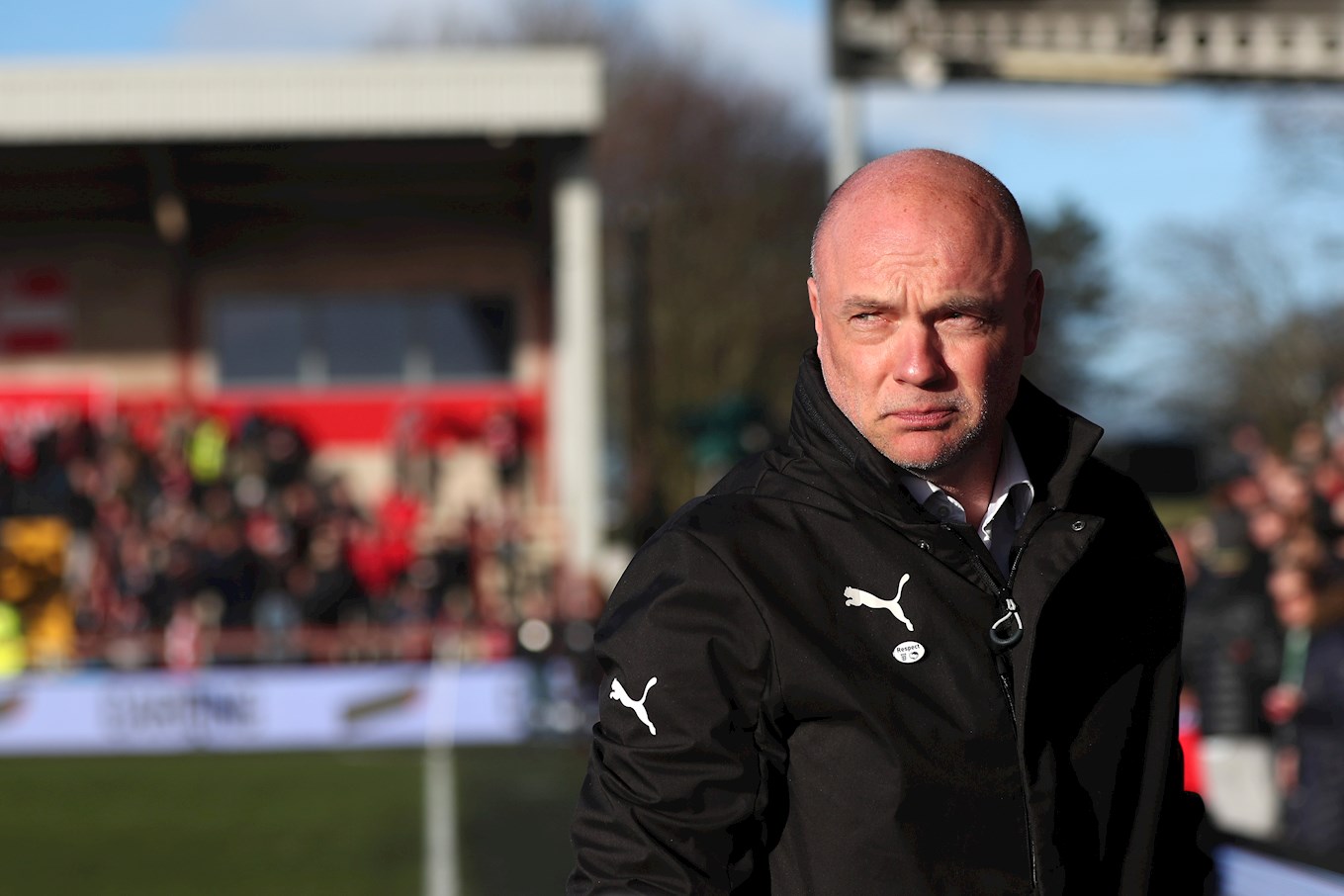 “I see the game very much like the one last season, but we want to win this time and with trying to set out a game plan, I expect it to be close tomorrow. They are different to us in terms of having more experienced players, where we have more of a younger squad. It will be an interesting game and I am really looking forward to it. We drew 1-1 earlier in the season, in a game where I thought we had some really good chances.” 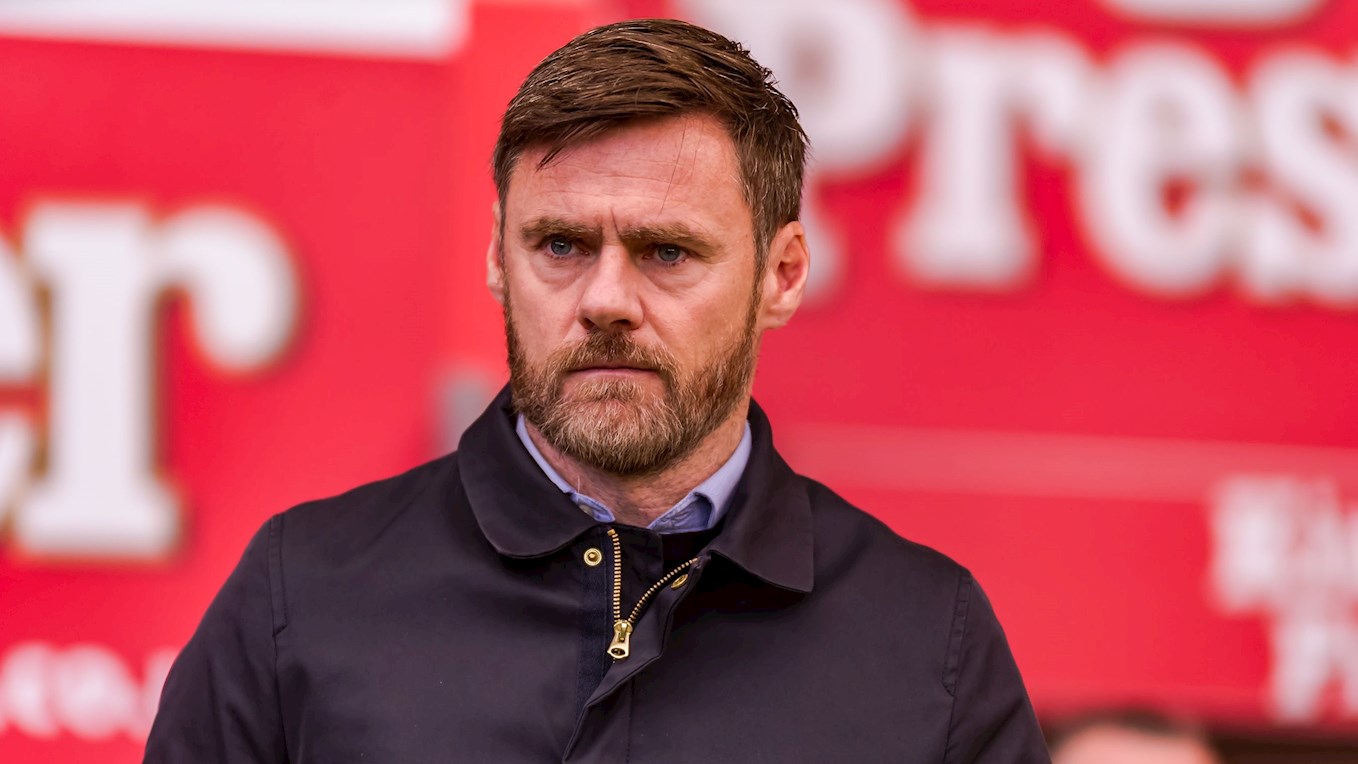 “I know of their qualities. It is the same with every club, I don’t focus on them until the week we are playing them because I want to concentrate on my team and the direct opponents. We have done our usual work this week. We know they have good players, but we also know where we can do well. I say it regularly, but our performance is the most important thing on Saturday. If we perform to the levels we can, then we give ourselves the best chance of winning the game.” 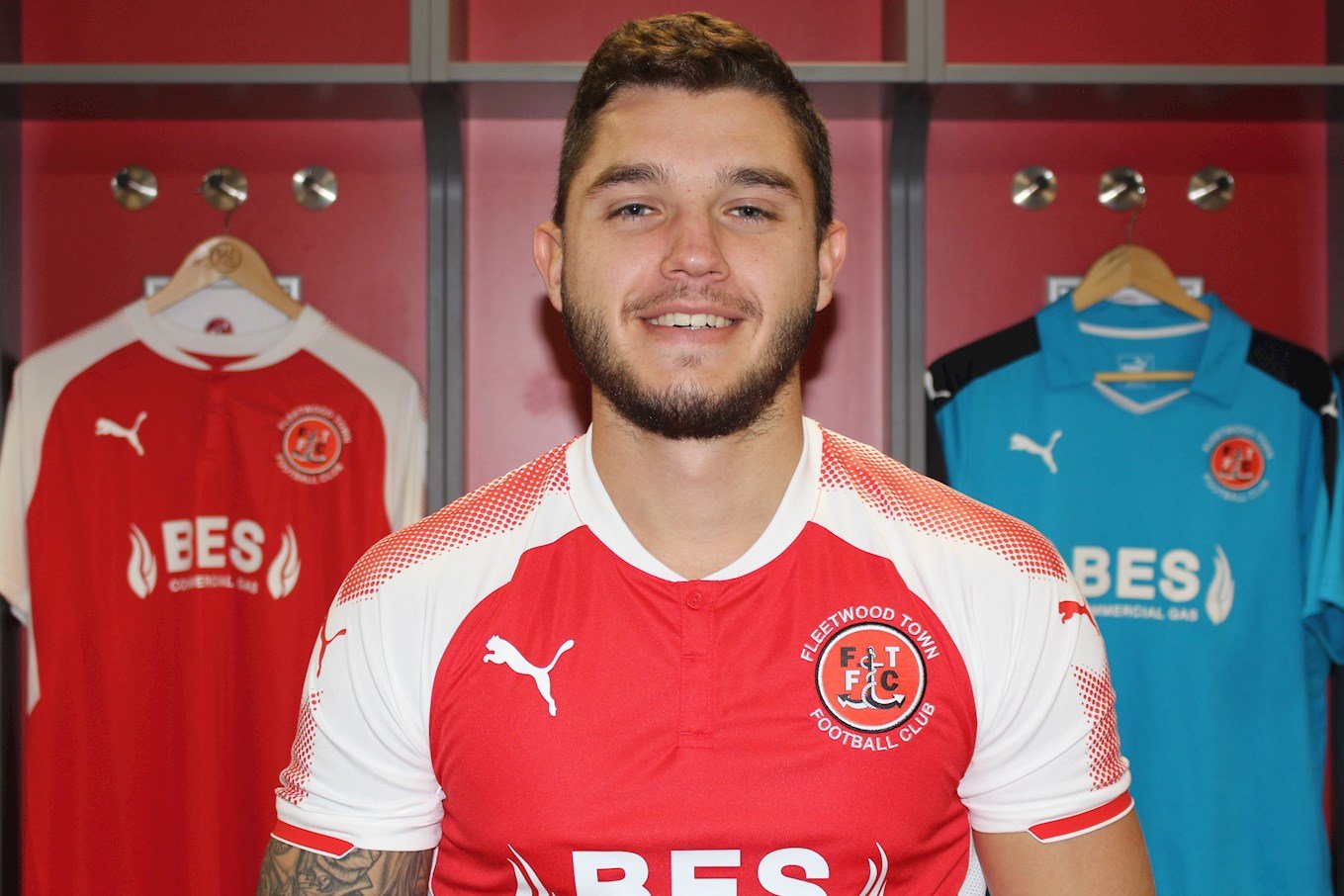 Fleetwood were a busy club on deadline day, bringing two players in, while three left for other clubs. Devante Cole signed for Wigan, with Harvey Rodgers joining. Accrington Stanley and striker Ashley Nadesan heading north to join Carlisle United on loan until the end of the season. Uwe Rosler did vring in Charlie Oliver on loan from Manchester City, and Brazilian striker Joao Morelli from Middlesbrough.

It was a case of one in, one out for United, as defender Marnick Vermijl signed on loan from Preston, while Sam Mantom left Glanford Park for Southend United. 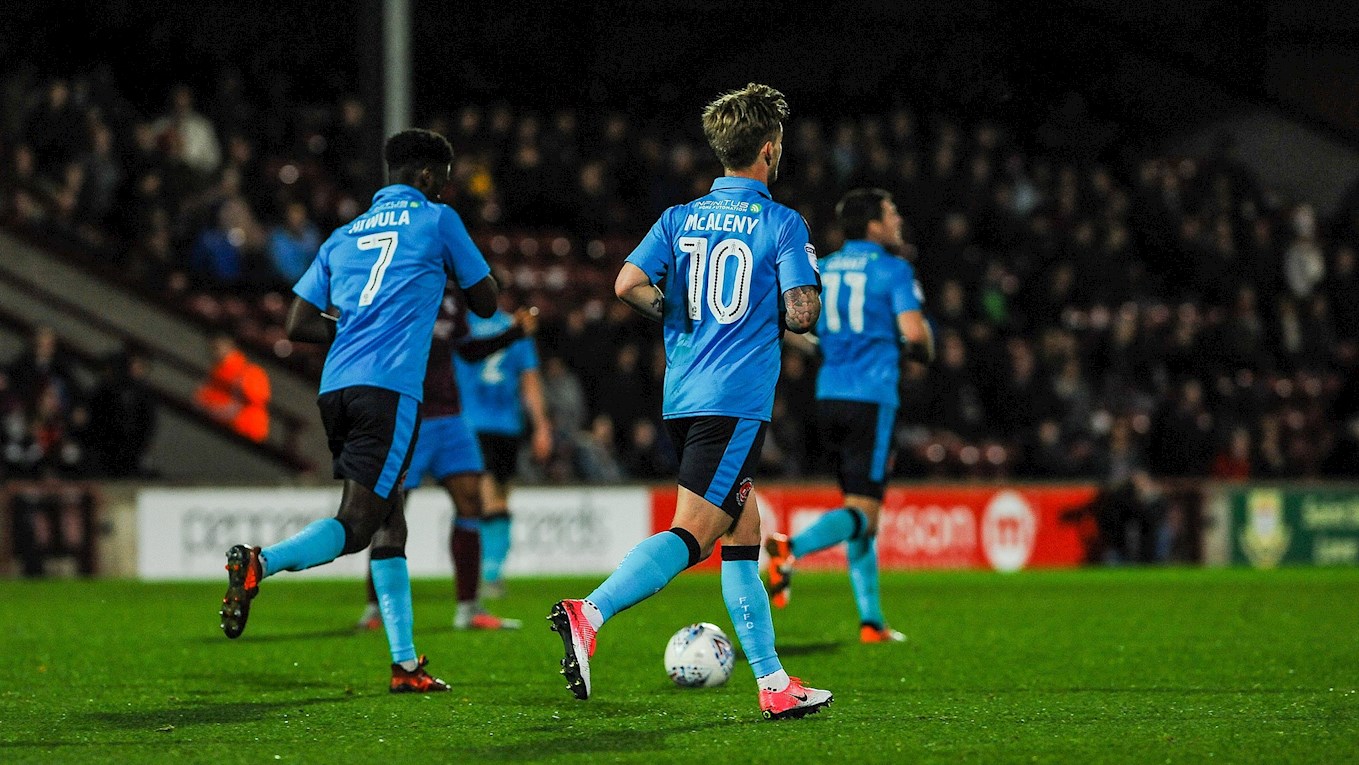 Fleetwood have lost their last three games in all competitions, to Gillingham, Blackburn and Leicester City respectively, but they had picked up four wins from six before that.

Scunthorpe haven’t won any of their last four games, picking up two wins and two draws, but are comfortably within the league play-off places. 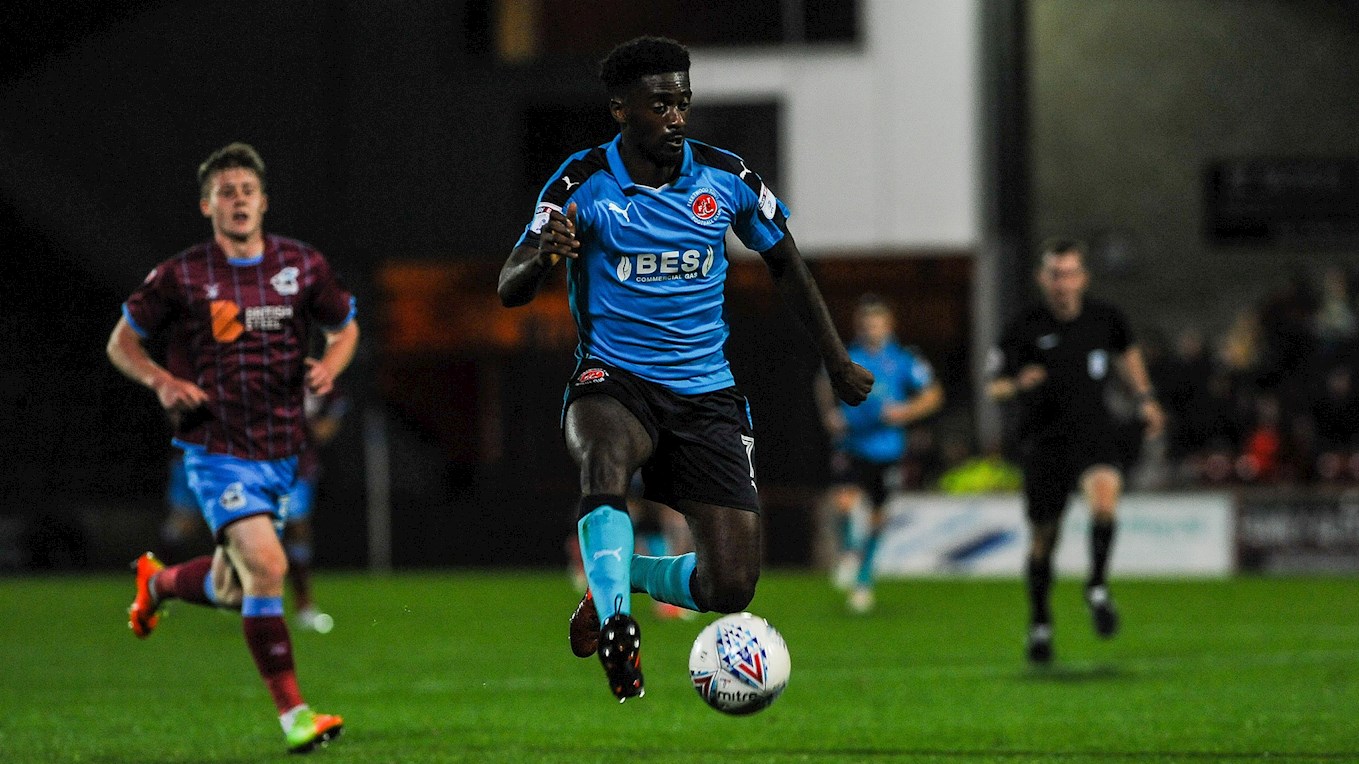 In the previous eight encounters before that, there had been three draws, three Fleetwood wins and two Scunthorpe. The most memorable of those wins came in last season's run to the play-offs as Devante Cole and Bobby Grant sealed an important 2-0 win. 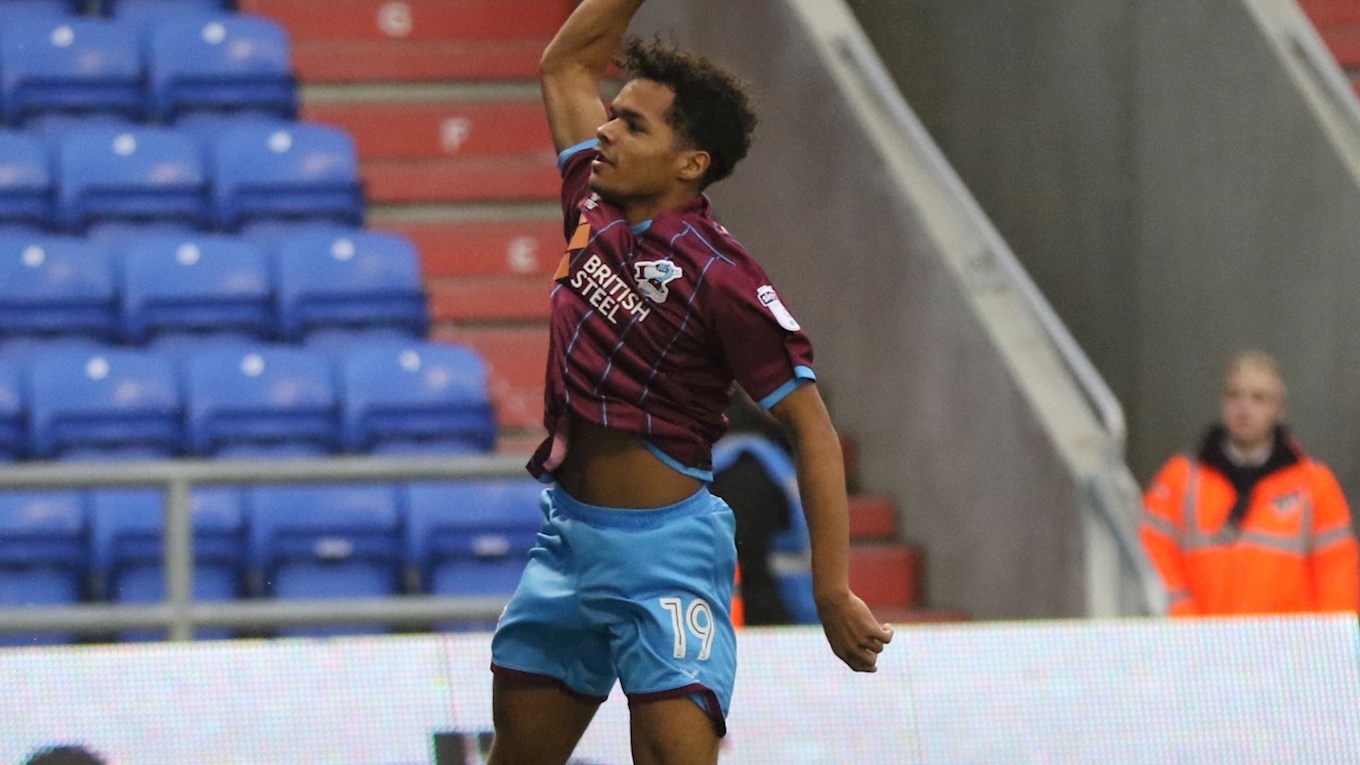 Midfielder Duane Holmes is one players who Fleetwood should be wary of this weekend. A native of Columbus, Georgia in the USA, he started his career withHuddersfield Town having moved to the UK aged four, and blossomed for the youth team, eventually being handed first team football in 2013. After loan spells at Yeovil and Bury, he signed for the Irons on a permanent deal in 2016 and made his debut at Highbury in the 2-2 draw last season. He has scored seven times this season, including a brace in a 3-0 away win at Northampton Town. 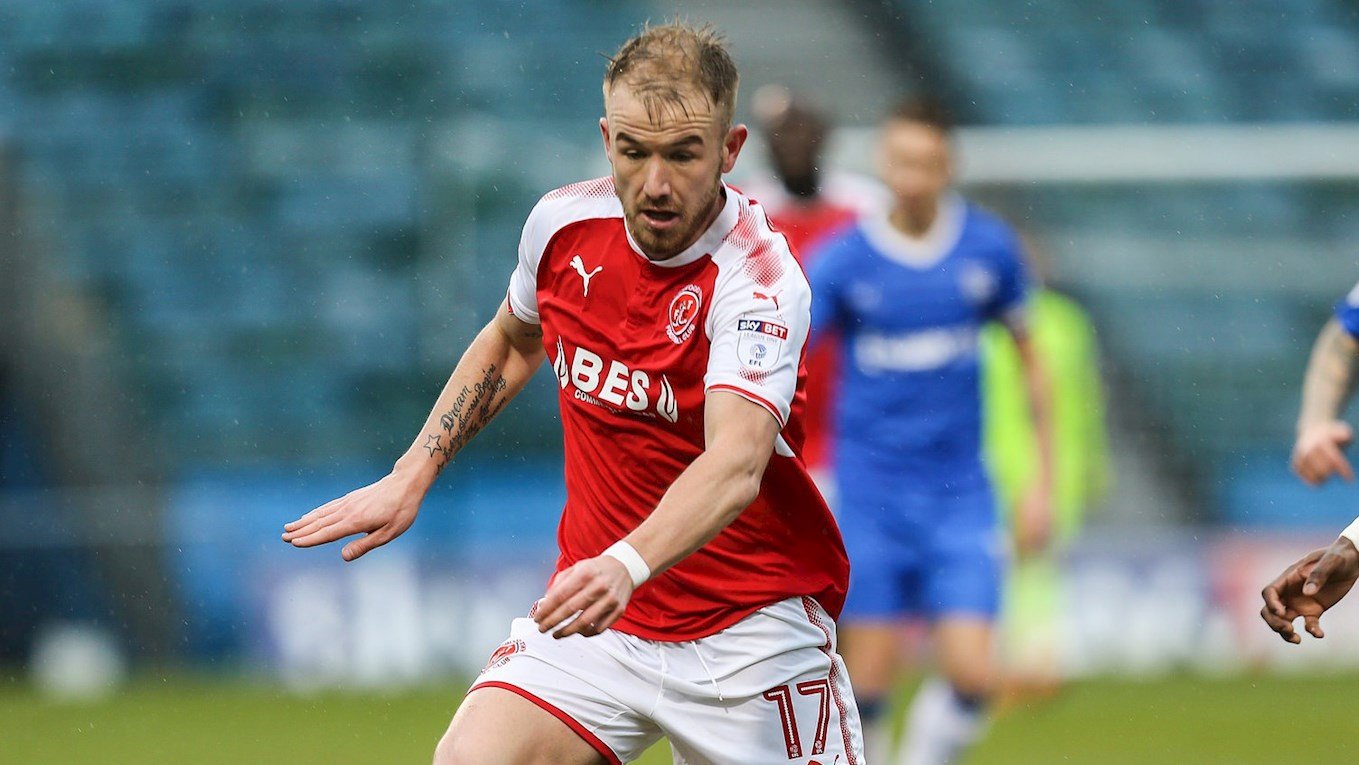 Sky Bet have released their odds for Saturday’s game.

Fleetwood are priced at 9/5 to beat Scunthorpe this weekend, while the visitors are 6/4. A draw can be backed at 9/2.

Paddy Madden has scored on his first two Fleetwood Town appearances and is 9/4 to make it three in a row and bag against his former club. 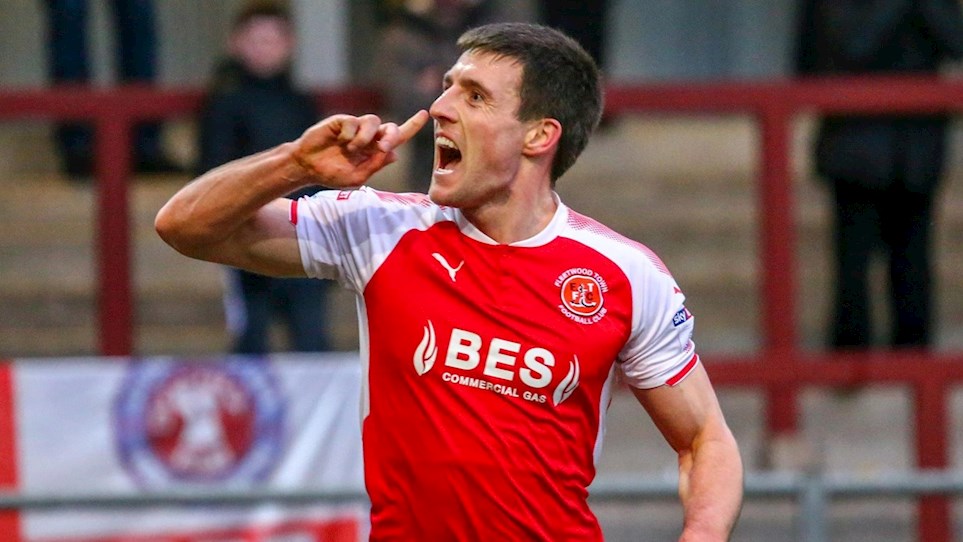 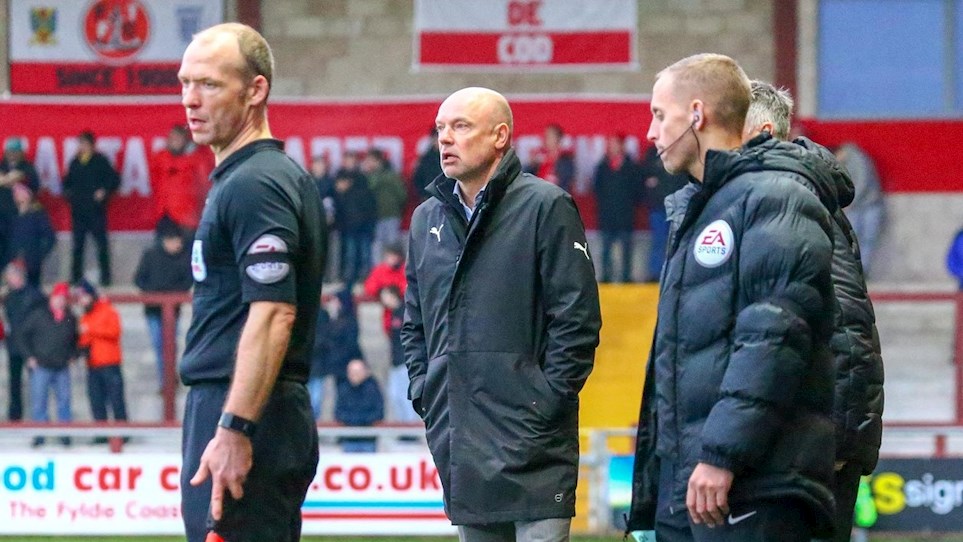 
Head coach Uwe Rosler spoke to the club's media team after his sides 3-2 loss to Scunthorpe United at Highbury Stadium on Saturday.

Ten-man Fleetwood Town put in a spirited second half performance, but narrowly lose out 3-2 to Scunthorpe United.

Town had fought back from 2-0 down thanks to Bobby Grant and Ashley Hunter after a Josh Morris brace had put United ahead. Ash Eastham was dismissed for the penalty that doubled the away side’s lead, before Ivan Toney scored a free kick deep into the second half to win it for the Irons.

Uwe Rosler made one change to the starting line up with the suspended Cian Bolger being replaced by Nathan Pond who took the captain’s armband. Deadline day signing Charlie Oliver was handed a spot on the bench, while Kevin O’Connor made his Highbury debut after a solid display at Gillingham.

Fleetwood had the early possession in the game, but it was Chris Neal who was forced into the first save of the match as a Town corner was cleared to Duane Holmes, who counter attacked and passed to Josh Morris, but Neal produced an excellent low save.

Up the other end, Town then attacked themselves with first Conor McAleny, and then Paddy Madden miscuing their acrobatic efforts after a deadly cross by Hunter.

Kyle Dempsey then teed himself up on the volley, but fired over, with a slight deflection, as the chances kept coming for the Cod Army. From that corner, Hunter swung another piercing ball into the area. This time it was Nathan Pond who connected, but his header looped over.

There was an abundance of pressure from the hosts, and another chance went begging from a corner as O’Connor whipped one in towards Madden, who knocked the ball wide of the mark.

When Neal was next called into action, it was another fine stop, as dangerman Holmes forced him into a diving save.

It was Eastham who was next to try, as he flicked on Lewie Coyle’s strike from a corner, but again, this was off target.

Town were to be punished for not putting away their chances as Scunthorpe took the lead through former Cod, Morris. A ball was played into the box and headed across the face of goal by Conor Townsend, and struck home by Morris.

United looked more dangerous after this and had a chance to double the lead after a free kick was curled over, before Neal again saved from Marnick Vermijl’s piledriver.

They then missed a glaring chance as Morris skied what seemed an easy finish after pouncing on Pond’s half clearance.

Minutes later Eastham was dismissed for handball in the area and Scunthorpe were awarded a penalty, as Town’s first half began to unravel. It seemed a dubious decision, but nevertheless United doubled their lead through Morris who also doubled his afternoon’s tally.

Such was the eagerness of Rosler to salvage something for his ten man side, he made two changes before the break. Bobby Grant was brought on before the second goal, with new signing Oliver coming on just after.

Town were not to head into the break two down, as a wonderful solo goal from Hunter saw the deficit halved on the 45 minute mark. The striker picked up the ball 30 yards out and carried the ball forward, shimmied round the defence and struck past a stranded Matt Gilks.

The second half began as a much calmer affair and took a while longer to get going. There were signs of a Fleetwood revival, but chances were few and far between as the visitors matched Town in all areas of the pitch.

When a chance did finally come, it was a good one for Town, as Grant volleyed a cross from Coyle and saw his strike take a couple of deflections and roll narrowly past the post.

That was to foreshadow what was to come next, as the ten men leveled up the contest. Once again it was Hunter who did all the hard work, but this time it was Grant who equalised, as he tapped in a parry from Gilks after a fine cross from Hunter. 2-2, and it was all to play for.

The next few minutes passed without incident until game swung back in the visitors favour when Toney struck a fine free kick past Neal to make it 3-2, after Nathan Pond fouled the same player just outside the area.

As the game entered the final ten minutes, there was still to be more action as Fleetwood searched for an equaliser once again.

Toney was denied by the offside flag when played through one on one, but Neal managed to make the save anyway. The score line was a harsh reflection on Neal’s performance as the stopper had performed superbly throughout the match.

Town fought right to the end, but it wasn’t to be for Rosler’s men.


Head coach Uwe Rosler spoke to the club's media team after his sides 3-2 loss to Scunthorpe United at Highbury Stadium on Saturday.