It will be the first ever meeting between the two sides since Hereford’s reformation in 2015.

Last time out, Town were held to a 0-0 draw against Blackpool in the Fylde Coast derby whereas Hereford progressed in the FA Trophy after a 2-1 win away at Oxford City.

Fleetwood have not won in their last five league games, with their last league win coming at home to Oxford United on 28th October, but have won their last four games in cup competitions inclusive of both the FA Cup and Checkatrade Trophy.

Hereford are sitting pretty in the top five of the EvoStik Southern Premier Division, but have four games in hand over some opponents thanks to their cup exploits. The Bulls are unbeaten in their last ten games in all competitions – five of which have come in the league.

Their Run So Far

Hereford’s FA Cup adventure began back in September with an 8-0 win over Godalming Town at Edgar Street, in a game that saw their opponents play an outfield player in goal due to a red card.

AFC Kempston Rovers were then swept aside in a 4-0 away win for Peter Beadle’s side, before AFC Hornchurch were the next side to be dumped out the cup.

The 4th Qualifying round saw Hereford record their most impressive result to date as they beat National League side Eastleigh 2-1 on their own patch.

Hereford made it to the second round with a 1-0 win over National League North side AFC Telford United at home.

Hereford striker is leading the way in the Bulls’ scoring charts this season with 21 goals already, including seven in the FA Cup which includes the winner against Telford that put Hereford through to face the Cod Army and a hat trick in their first game against Godalming. The prolific striker previously played for Didcot Town before making the move to Edgar Street when the new Hereford club was formed in 2015.

Fancy a bet ahead of Fleetwood Town’s game against Hereford this Saturday? See the latest odds with our EFL partner Sky Bet.

Town are the clear favourites ahead of the match, with Sky Bet pricing them at 30/100.

For Hereford to win at Highbury is priced at a healthy 17/2, while a draw can be selected at 17/4.

Fleetwood won their last FA Cup match, at Chorley, 2-1 and a repeat of this score line has odds of 15/2.

Hereford to repeat their 1-0 score line that was enough to dispose of Telford can be selected at 28/1. 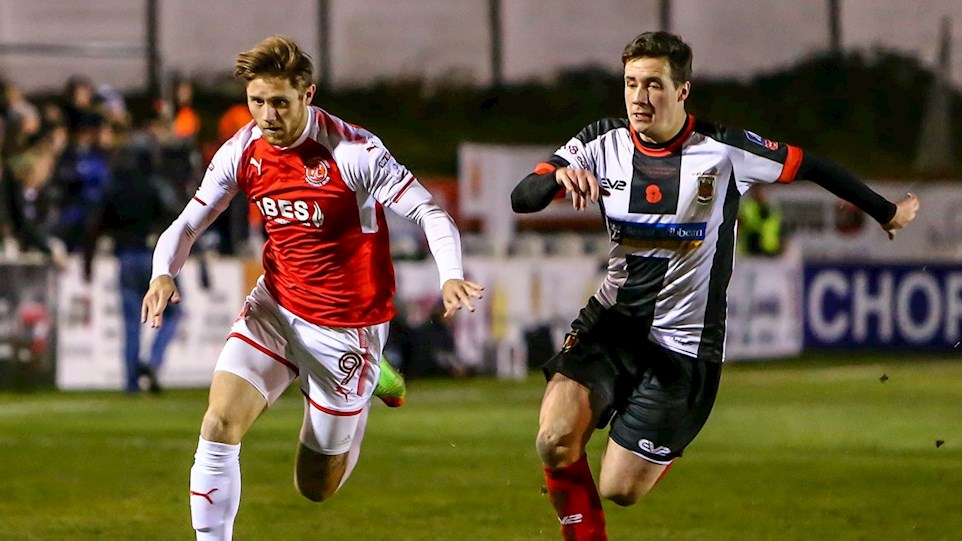 
Fancy a bet ahead of Fleetwood Town’s match against Hereford on Saturday? See the latest odds with our EFL partner Sky Bet. 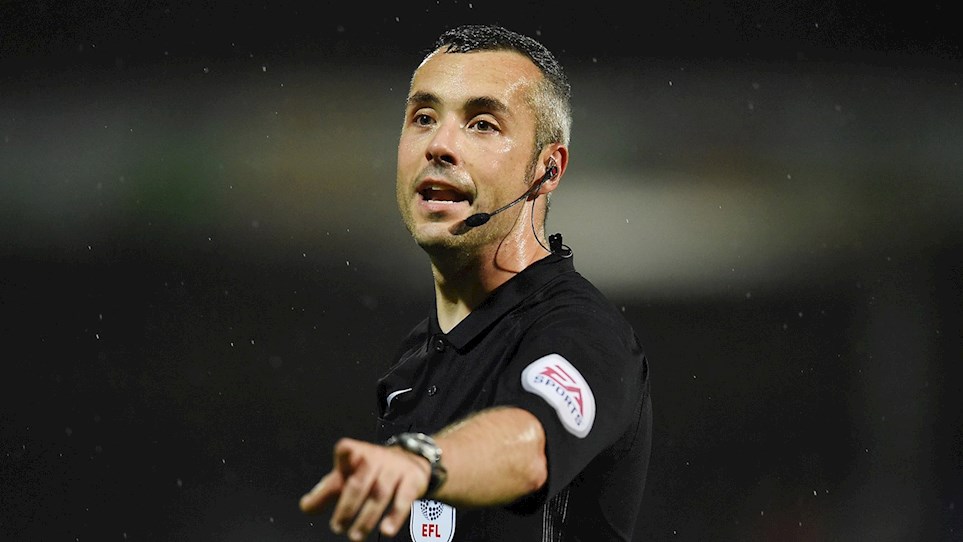 
The match officials for Saturday’s Emirates FA Cup tie against Hereford have been announced. 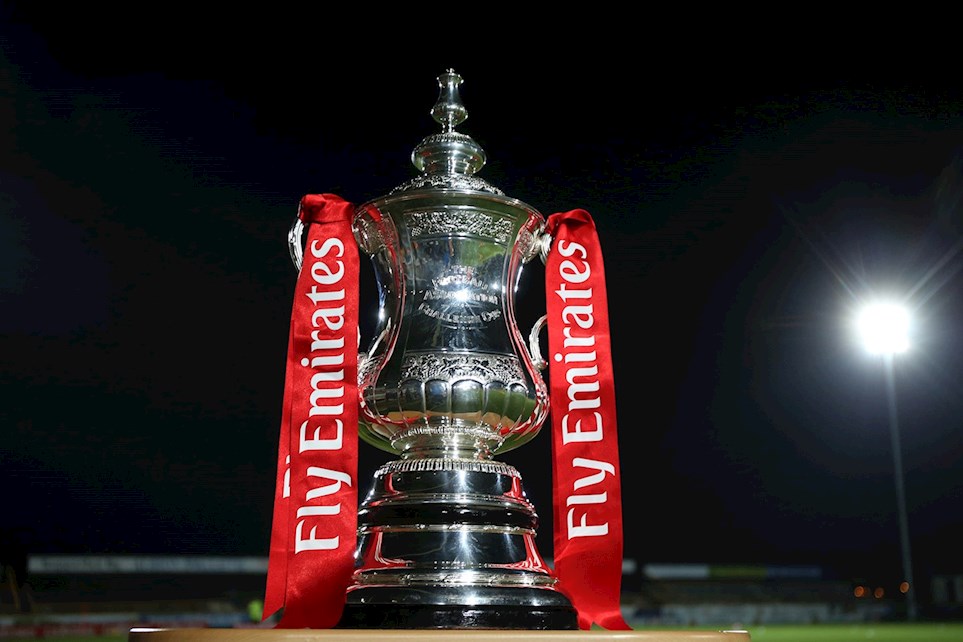 
Fleetwood Town can confirm the ticket and fixture arrangements for our Emirates FA Cup second round tie with Hereford FC.

Fleetwood Town were held to a 1-1 draw with Hereford, meaning a replay will be needed to decide who will advance to the Third Round of the Emirates FA Cup.

The non-leaguers took the lead in the first half through a Calvin Dinsley strike from the edge of Town’s area, but Devante Cole leveled things up shortly after.

Town hit the post late on, and Hereford had an effort cleared of the line as both sides had chances to win the game but there was to be no winner and both sides must meet again to decide the tie.

89 league places separated the Cod Army and their opponents and true to the football pyramid, Fleetwood did start the better side at Highbury as Hunter had the first effort of the game blocked.

A good chance then fell the hosts way as Hunter beat his man on the left and whipped in a cross towards Wes Burns, who headed over under pressure from the Bulls’ defence.

Hereford were making life difficult in the midfield for Rosler’s men, with Garyn Preen looking dangerous down the right flank, and they soon had their first effort of the game as Billy Murphy fired over from distance.

The visitors took the lead shortly after, as Dinsley struck home from the edge of the area. Keyon Reffell, dispossessed Baily Cargill in the Town area before he cut inside and dragged a cross towards the waiting Dinsley.

This fired up the Bulls, who quickly went looking for a second goal. Town were fortunate when Preen’s effort took a slight deflection and floated just inches over the bar, landing on the roof of the net.

Hereford’s lead was to last only six minutes, as Town took advantage of some slack play in midfield and forced an equaliser. When Coyle received the ball on the right, he ventured down the wing and curled the ball into the area. The ball hit Cole, seemingly on the thigh, and ended up in the back of the net, with Horsell beaten.

The tie remained tightly poised as Burns missed a chance to put the Cod Army ahead, as Hunter played him through but his effort was somehow blocked with the effort clearly on target.

There was to be a dramatic ending to the first half as the game somehow stayed level. A free kick was whipped into the Fleetwood area and not dealt with, allowing Bulls’ striker John Mills an effort on goal that was excellently cleared off the line by Ashley Eastham and hustled away to safety.

Town started the second half in the ascendency with Cole first to have a go from distance, but his wild shot was well over Martin Horsell’s net.

The visitors were still making it hard for Town to play it on the ground, which began to frustrate Rosler’s side. Hereford were allowed an effort on goal as Dara O’Shea let fly from 30 yards out, but his shot was well wide.

Town continued to press with Cole playing through Burns who fired across the face of goal, evading Cole, Hunter and Kyle Dempsey, as the league side looked to make their pedigree count.

When Amari’i Bell was forced off with a knock, Jordy Hiwula came on with Rosler changing the dynamics of his team. Burns was continuing his good work as remained a permanent threat down the right flank, beating three men to win his side a corner.

Hunter then tested the reflexes of Horsell from distance as Town still searched for that decisive goal.

Hereford looked the livelier side as the game hit the 75-minute mark, but with the tie still level, the game had it all to play for. The atmosphere was ramped up when Aiden O’Neill was booked for what looked like a good challenge, with both sets of supporters making their retrospective feelings known.

Cole had the chance to win the game late on when he was laid off by Hunter, but he misfired, before Hunter himself agonisingly hit the post and Burns dragged wide.

The draw for the third round will be made on Monday night at 7pm, with a date for the reply yet to be set.


Fancy a bet ahead of Fleetwood Town’s match against Hereford on Saturday? See the latest odds with our EFL partner Sky Bet.


The match officials for Saturday’s Emirates FA Cup tie against Hereford have been announced.


Fleetwood Town can confirm the ticket and fixture arrangements for our Emirates FA Cup second round tie with Hereford FC.