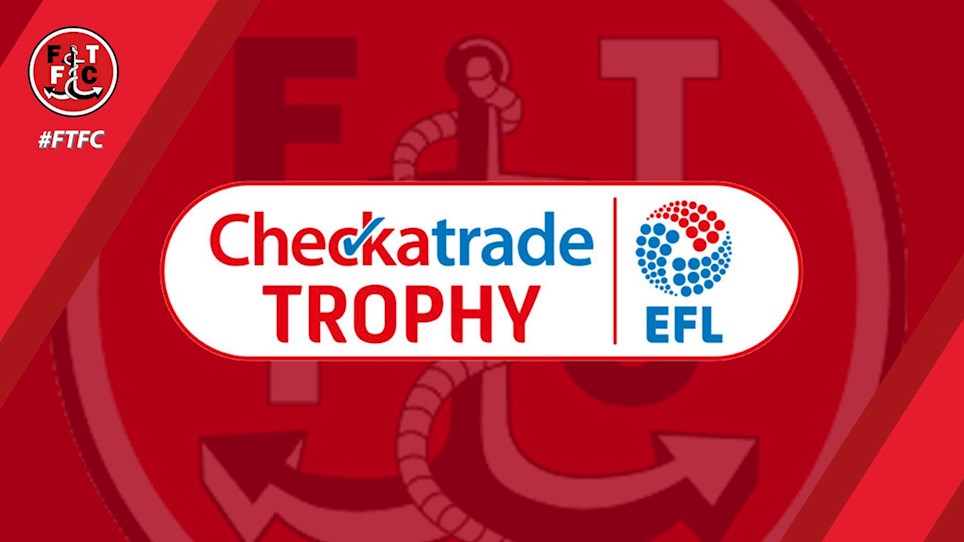 
Tickets for Fleetwood Town's Checkatrade Trophy fixture with Leicester City under 21's are now on sale.

Fleetwood Town opened their group stage with a convincing 3-0 win over Leicester City Under 21s at Highbury.

Godswill Ekpolo and Baily Cargill scored their first goals for the club and Wes Burns added a late third.

Uwe Rosler made seven changes from Saturday's defeat at Bristol Rovers. Ashley Hunter stepped in for his 100th appearance in all competitions while Cargill made his first start, on the left side of defence.

Hunter and fellow striker Burns caught the eye in the early stages with their strong running. Both were anxious to make their mark after limited opportunities so far this season. Hunter's persistence provided an opening for Godswill after 21 minutes. The defender struck a powerful shot from the edge of the area which was well saved by Max Bramley. Fleetwood were dominating possession and territory. It finally paid off after 26 minutes and it was Godswill who finished a flowing move involving Hunter, Jordy Hiwula, Burns and George Glendon to give the league side a deserved lead. A well-struck shot off the right foot gave Bramley no chance.

In the 36th minute, the effervescent Hunter struck a right foot shot narrowly wide. Two minutes later he was on the opposite side of the area to pull a dangerous ball back across goal which the Leicester youngsters were relieved to clear. A strong shot from Burns forced a good save from Bramley just before half time and in added time a long pass from Glendon and persistence from Goodwill set up Burns who struck his shot high from twelve yards. Leicester's youngsters were struggling to make an impact against an experienced defence in which Chris Neal was virtually a passenger in goal.

Joe Maguire replaced Amari'i Bell after the break while the visitors made several changes. Two minutes into the second half, Hunter advanced in space down the middle before striking the post from distance with a sweet low shot. Fleetwood continued to play with purpose with Hunter, inevitably, at the heart of the action. Just before the hour, they went two up. Glendon floated a free kick on to Cargill's head and he beat the goalkeeper to the ball. The pattern of the half was similar to the first with Fleetwood maintaining their tempo going forward. Nathan Pond, overdue a goal, hooked a shot narrowly over the bar after 73 minutes.  Glendon forced Bramley to tip his shot over three minutes later and had a second effort intercepted by a desperate lunge.

Jack Sowerby replaced Hiwula after 76 minutes, for his first action since 5th April. He was soon followed on to the pitch by Bobby Grant, who replaced Hunter. The striker's tireless efforts had been a feature of the game and he received generous applause as he left the field. Burns's persistence finally paid off in the 84th minute and his delight was obvious as he fired past Bramley from a tight angle for Fleetwood's third goal. Godswill had sent him on a strong run from half way.


Tickets for Fleetwood Town's Checkatrade Trophy fixture with Leicester City under 21's are now on sale.