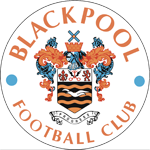 Fleetwood Town came back from two goals down to salvage a point against Blackpool in their Central League Cup match at Poolfoot Farm on Tuesday afternoon.

After an uneventful first half, Blackpool’s summer signing Ryan Hardie scored two after the break to give the visitors the lead, but a brace from Town substitute Harvey Saunders meant both sides shared the points.

There was not too much to report in the first half, but as the rain poured down at Town’s training ground, it was Hardie who opened the scoring after chipping Alex Cairns from 40-yards out.

The Seasiders went close five minutes later to doubling their lead through Sean Scannell, but his effort came back off the post after he drifted in off the left flank.

Blackpool’s second goal did come before the hour mark when the Scottish forward headed in Scannell’s floating cross from the by line. Town then made a change with Saunders entering the fray.

And it was that man who sprung Stephen Crainey’s side back into life. After Dan Mooney did well to beat his made on the far side, his ball into the box found the former Darlington striker – who slid to prod the ball home.

Six minutes after scoring his first, Saunders got his and Town’s second of the match after a quick free-kick from Ash Hunter. After picking up the ball, he twisted and turned before firing his shot past Howard.

There were chances for either side in the last 20 minutes of the match, but it is a share of the points for both Fleetwood and Blackpool.​

Town's Development Squad are back in action on Tuesday 17 December, where they will play away at Huddersfield Town in the Central League. Kick-off for this match is 1pm.